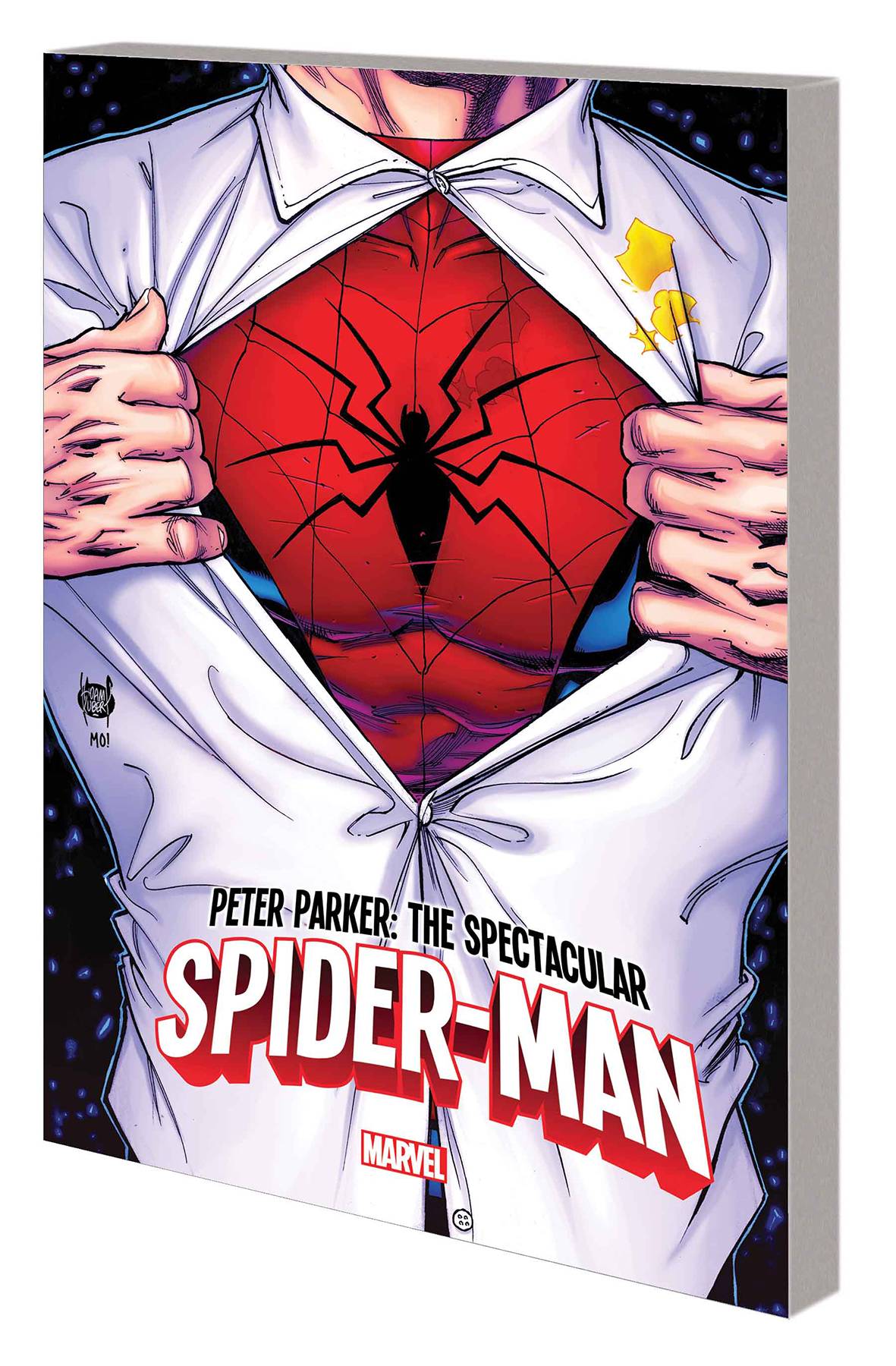 #
SEP171007
(W) Chip Zdarsky (A) Goran Parlov, Paolo Siqueira (A/CA) Adam Kubert
Spider-Man is back in his friendly neighborhood! The wall-crawling wonder returns to New York City, going back to basics for big heroics in the Big Apple while taking on threats old and new! A crime ring is tightening around Spidey, and Ironheart could help him zero in on the source - if only she'd stop beating him up. When Spider-Man's old pal, the Human Torch, joins in on the trail of terrifying tech, the web-head and flame-brain will be led to...Wilson Fisk! And they'll find out that the former Kingpin of Crime is still a force to be reckoned with! Plus: What is jolly J. Jonah Jameson up to these days? And Spider-Man's newest ally, the Mason, falls prey to the Vulture! Collecting PETER PARKER: THE SPECTACULAR SPIDER-MAN (2017) #1-6 and material from FREE COMIC BOOK DAY 2017 (SECRET EMPIRE) #1.
Rated T
In Shops: Dec 13, 2017
SRP: $17.99
View All Items In This Series
ORDER SUBSCRIBE WISH LIST