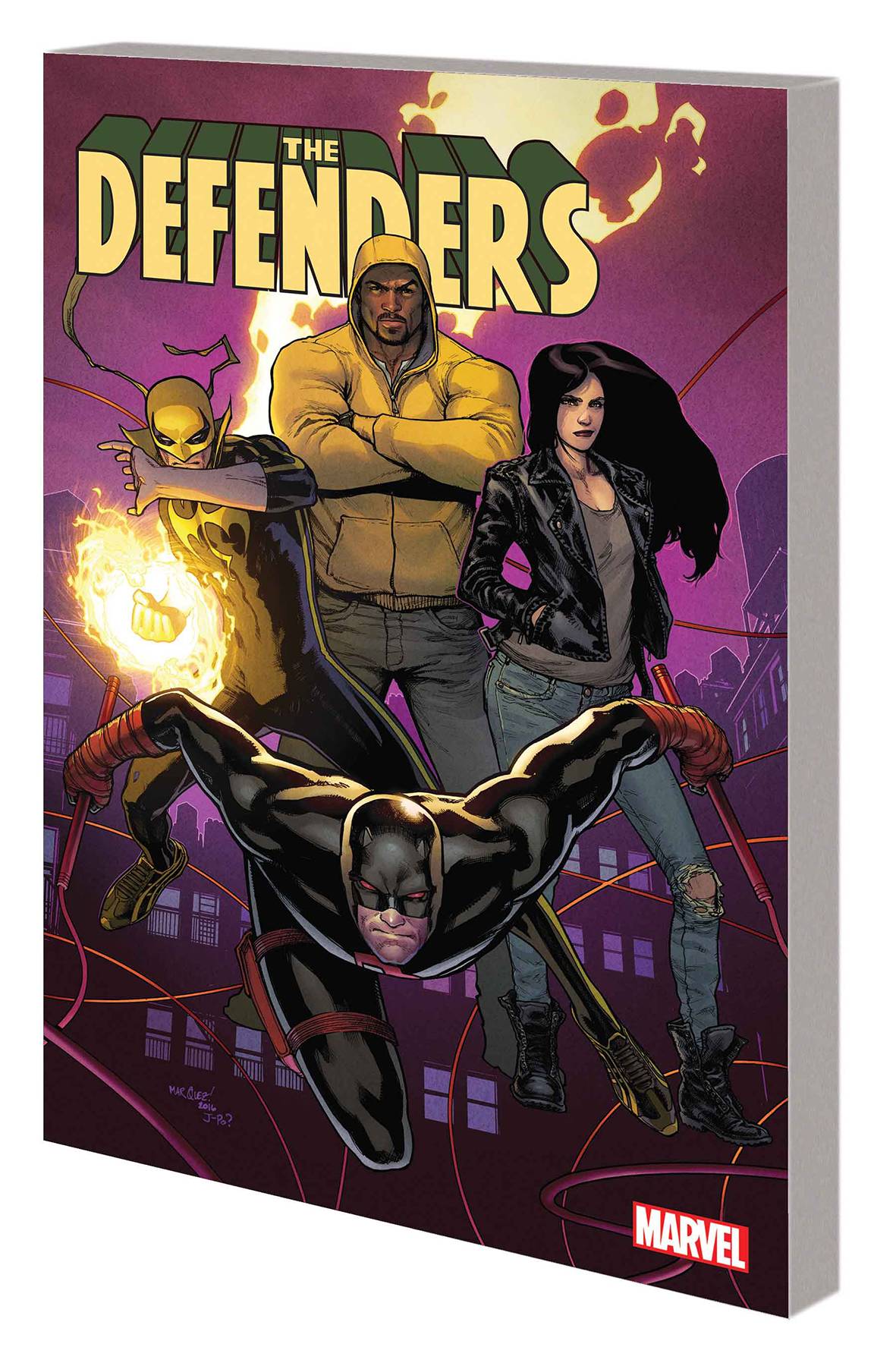 #
SEP171004
(W) Brian Michael Bendis (A/CA) David Marquez
Daredevil! Luke Cage! Jessica Jones! Iron Fist! Individually, these four heroes have been on the front lines of countless battles to keep the city safe and secure. But now, with a deadly enemy from the past making a major move to unite the underworld, they must become more - they must be Defenders! If the streets weren't mean enough already, they get more dangerous than ever when the Punisher sets his sights on his fellow vigilantes! As chaos threatens to engulf New York, can this group of socially maladjusted heroes trust each other enough to function as a team? Or will the power vacuum caused by the Kingpin's absence lead to all-out gang war? Only one thing could make life worse for the Defenders: Deadpool! Collecting DEFENDERS (2017) #1-5 and material from FREE COMIC BOOK DAY 2017 (GUARDIANS OF THE GALAXY) #1.
Rated T+
In Shops: Dec 13, 2017
SRP: $15.99
View All Items In This Series
ORDER WISH LIST