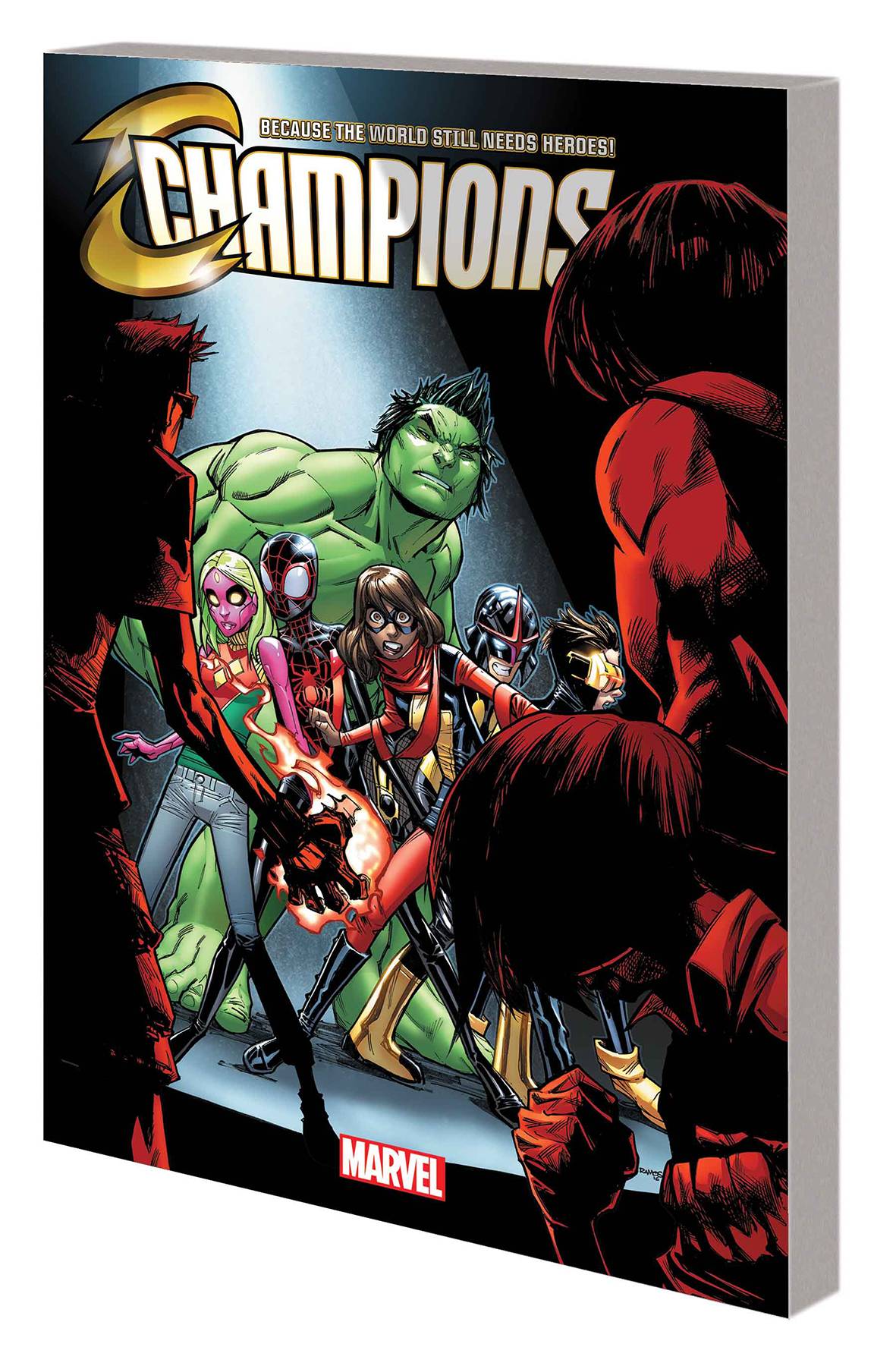 #
SEP170997
(W) Mark Waid (A/CA) Humberto Ramos
The world needs heroes, and they are the Champions! Ms. Marvel! Cyclops! Nova! Spider-Man! Viv Vision! And the Totally Awesome Hulk! They're young and idealistic, and their movement is gaining speed - but the newly minted Champions will get a harsh dose of reality when they're forced to throw down with the Freelancers! Plus: After what became of her family, Viv willingly shut down her emotions - but did her decision come at a price? And in the throes of SECRET EMPIRE, the Champions will see their world turned upside down! Broken up and scattered across the country, they still fight the good fight - but even if the world survives, the team will be divided. And by the time the conflict is over, the team's lineup may surprise you! Collecting CHAMPIONS (2016) #6-12.
Rated T+
In Shops: Dec 13, 2017
SRP: $19.99
View All Items In This Series
ORDER SUBSCRIBE WISH LIST