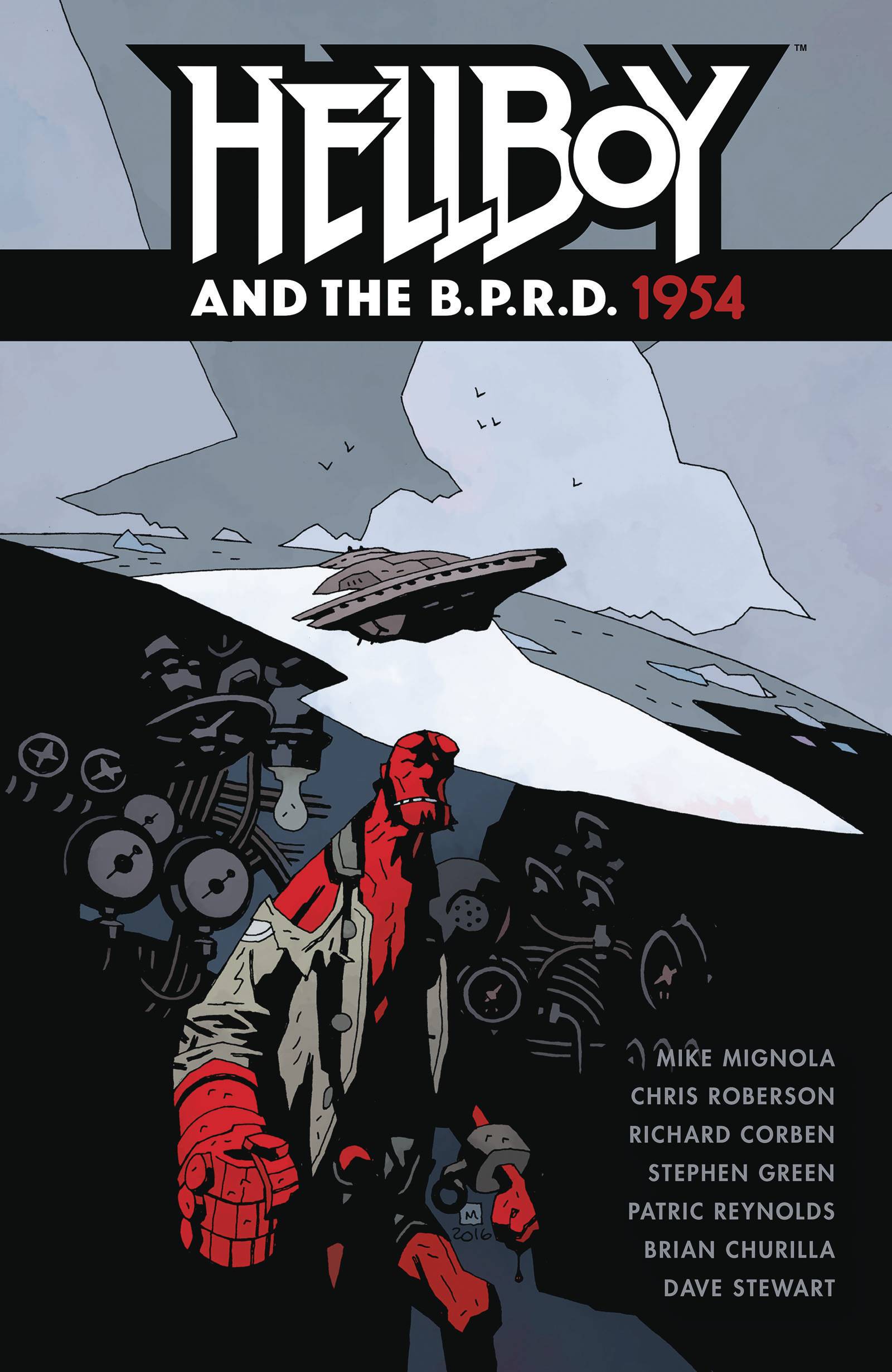 #
SEP170037
(W) Mike Mignola, Chris Roberson (A) Richard Corben, Stephen Green, Brian Churilla, Patric Reynolds (CA) Mike Mignola
No longer a rookie, Hellboy joins other Bureau agents in a series of far-flung mysteries that take them searching for yetis terrorizing an Arctic research team, into the American suburbs where a family is haunted by a phantom monkey, and to a Hong Kong showdown with demons drawn to a Chinese artifact. iZombie co-creator Chris Roberson teams with Mike Mignola and a group of artists to uncover the horror and intrigue of a growing occult Cold War. Mignola also reunites with legendary artist Richard Corben for the short story "The Mirror." Collects Hellboy and the B.P.R.D.: 1954 #1-#5 and "Hellboy: The Mirror" from Free Comic Book Day 2016.
In Shops: Jan 10, 2018
SRP: $19.99
ORDER WISH LIST