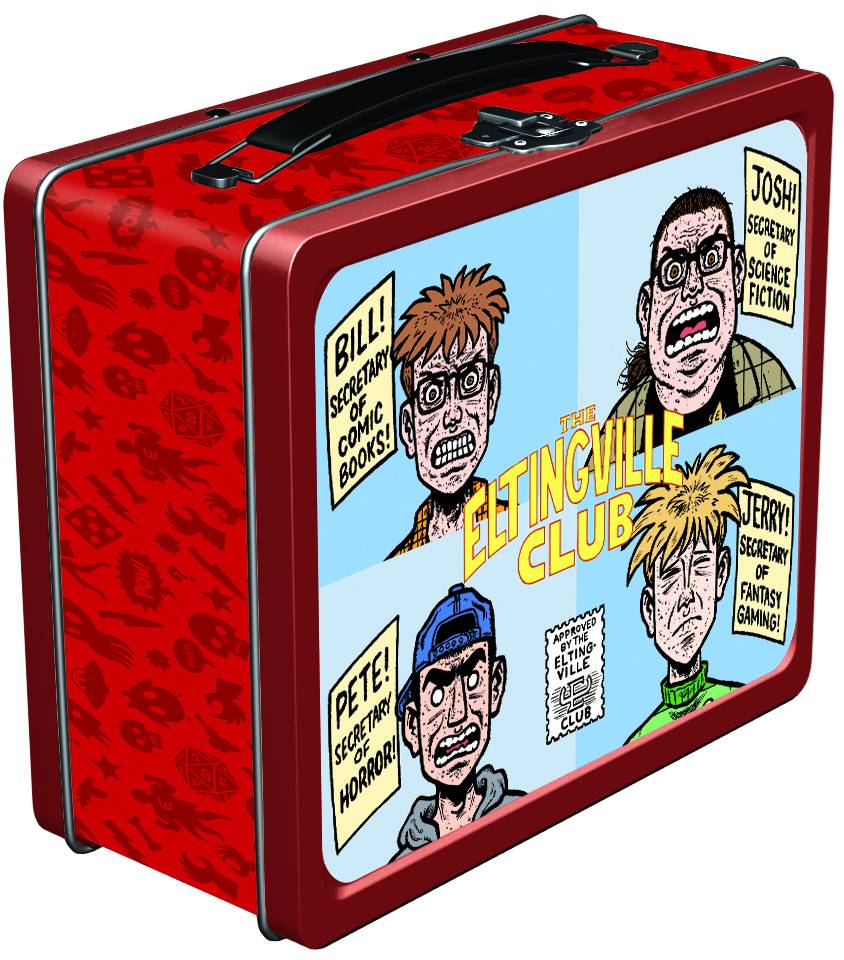 #
SEP160147
Although most comic fans hate to admit it, there's a little bit of Eltingville in all of us. Creator Evan Dorkin has described the characters as "four older teenagers who are fans, and they're possibly some of the worst fans who have ever lived."

Now they can duke it out into immortality for ownership of their ultimate collectible-a genuine litho-printed tin lunchbox.
In Shops: Mar 29, 2017
SRP: $14.99
ORDER WISH LIST