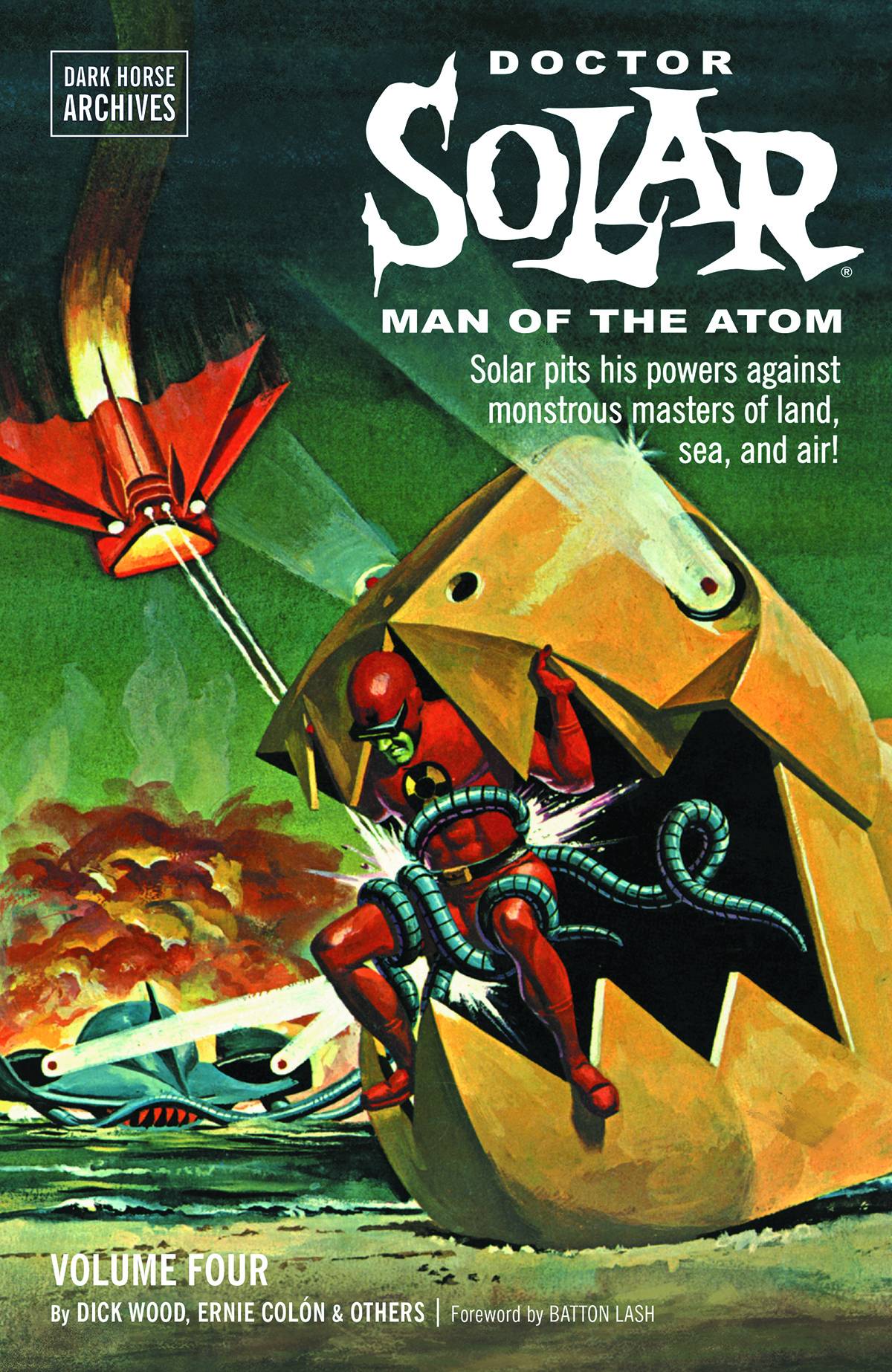 #
SEP140113
(W) Paul S. Newman (A) Frank Bolle (CA) George Wilson
When Physicist Doctor Phillip Solar's experimental nuclear power caused him to absorb a dangerous amount of atomic radiation, the scientist miraculously survived only to find that he had gained incredible powers over matter and energy. Now, Solar must isolate himself from others to avoid exposing them to the same harmful deadly radiation that endows him with his extraordinary gifts. But when danger and disaster threaten the innocent, Solar leaps into action as The Man of the Atom!
This archive collection reprints seven more issues, #8-#14, of Gold Key's original Doctor Solar comic-book series, the revolutionary science fiction adventure that gave birth to one of comics' most distinctive and beloved superheroes. Illustrated by Frank Bolle and written by Paul S. Newman, one of the most prolific comic-book scribes of all time.
In Shops: Jan 14, 2015
SRP: $19.99
View All Items In This Series