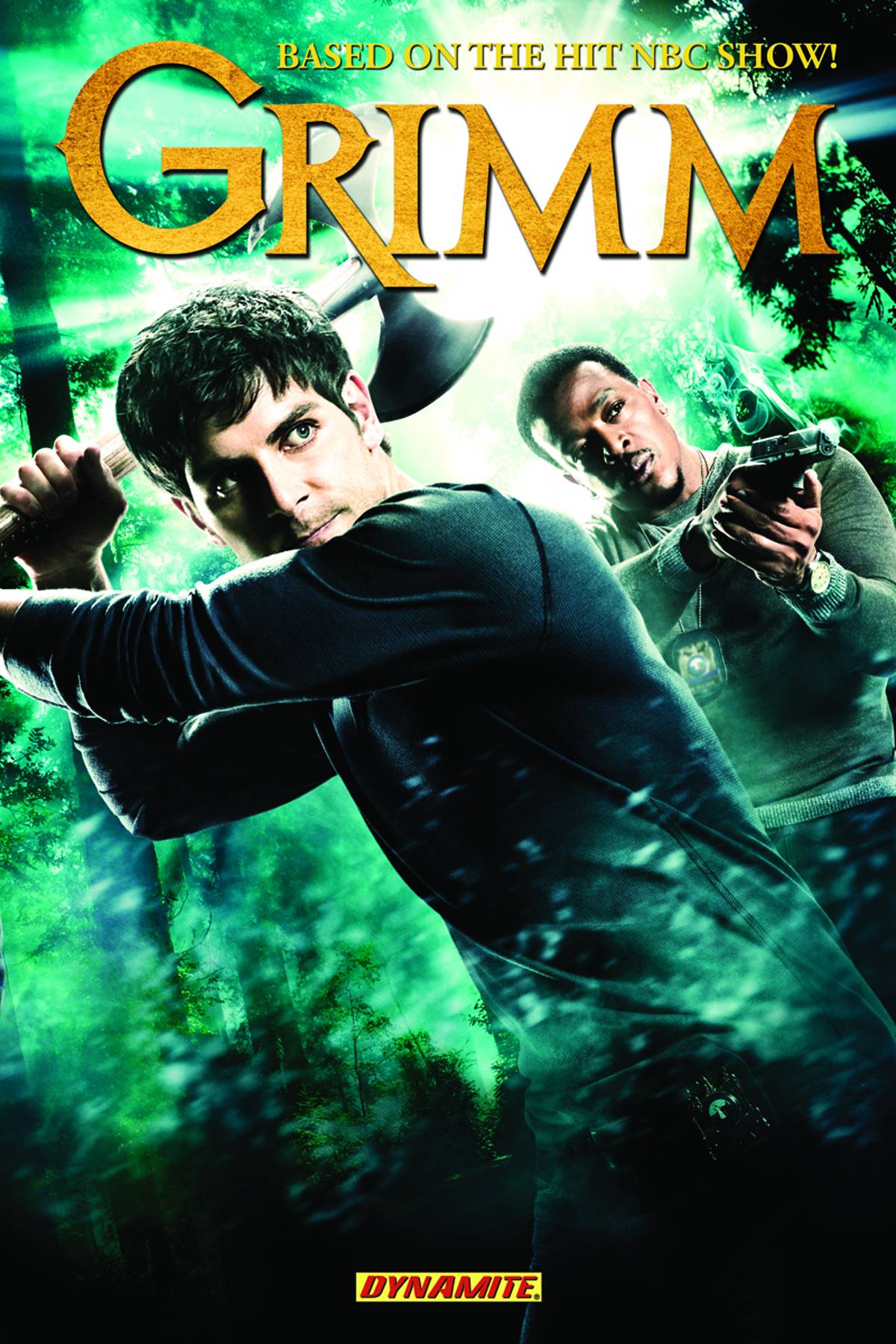 #
SEP131131
(W) David Greenwalt, Jim Kouf, Marc Gaffen, Kyle McVey (A) Jose Malaga (CA) Photo
Set in the world of the acclaimed NBC series, Grimm, by the show creators themselves! Homicide Detective Nick Burkhardt, joined by his mother Kelly, Hank, and Monroe, uncover family secrets long buried during their adventure in Europe. Hunted by Verrat soldiers, their quest to destroy the Coins of Zakynthos reveals dark secrets and promises death for a member of the cast!