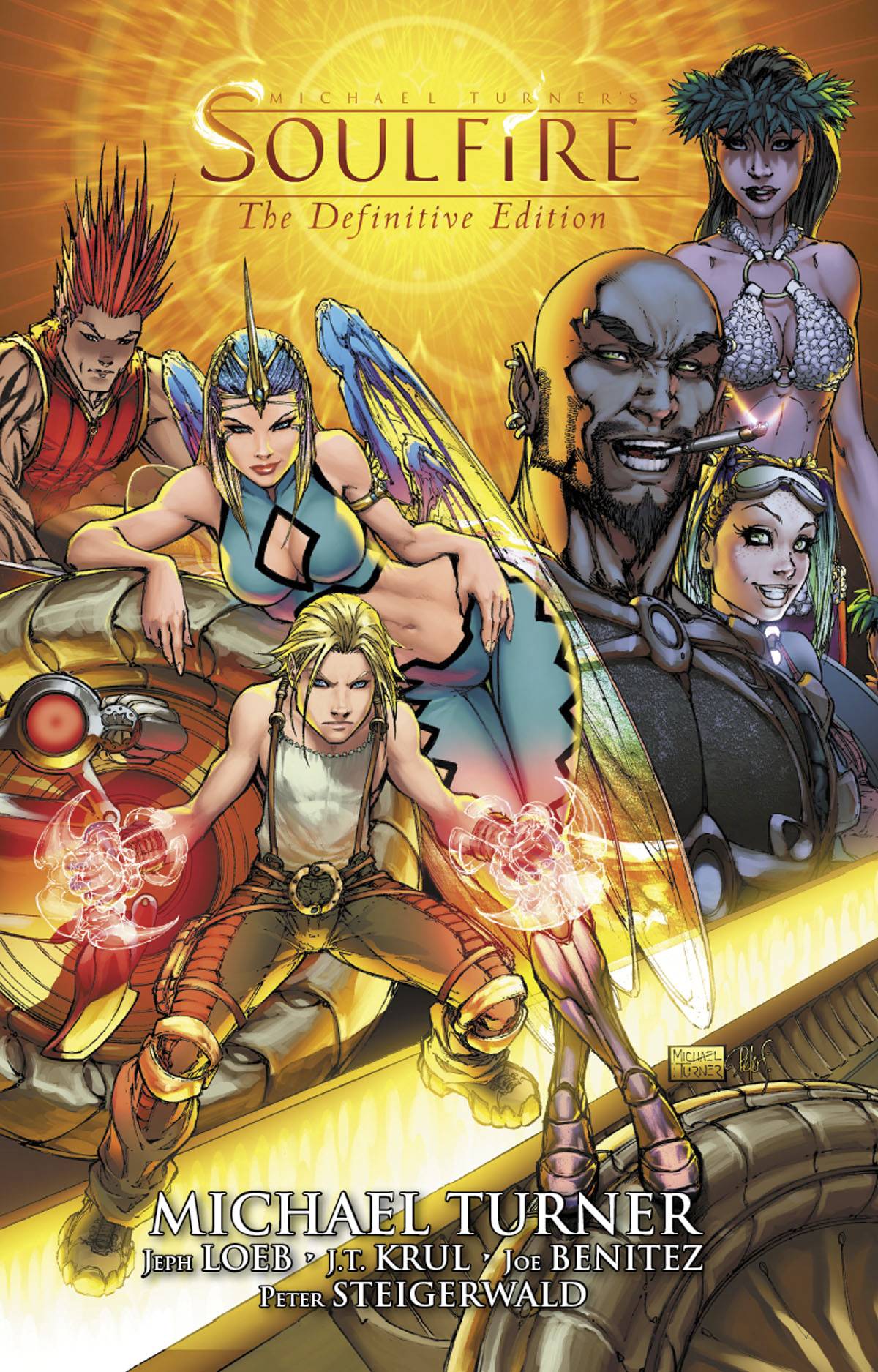 #
SEP100802
(W) Various (A) Various (CA) Michael Turner
Your wait is finally over! Aspen is thrilled to bring you the most complete collection of Michael Turner's first-ever Aspen series, SOULFIRE, with this amazing SOULFIRE: DEFINITIVE EDITION TRADE PAPERBACK! Michael Turner set the world ablaze when his SOULFIRE series made its debut in the spring of 2003. Still one of today's most popular independent comic book titles, this long awaited volume 1 collection contains it all! Take a look at what's inside...
The never before solicited Soulfire: Beginnings issues, the rare Soulfire Preview, issue #0, and issues #1 through #10, including the special recap story by Joe Benitez featured in Aspen Seasons: Winter. As well, this incredible TPB contains a huge section of original Soulfire designs, sketches, and script treatments, pin-ups from the Aspen Splash issues, along with a jam-packed complete Soulfire cover gallery and more seldom seen Soulfire goodies as only Michael Turner and Aspen could deliver! It's all here, including Michael Turner's very last illustrated Soulfire art. Combine that together, and you have 376 giant pages of everything that was Soulfire Volume 1. This is THE DEFINITIVE SOULFIRE collection and an absolute must for any Aspen, Soulfire, Michael Turner, or comic book fan, period!
In Shops: Apr 25, 2012
SRP: $39.99
View All Items In This Series
ORDER SUBSCRIBE WISH LIST