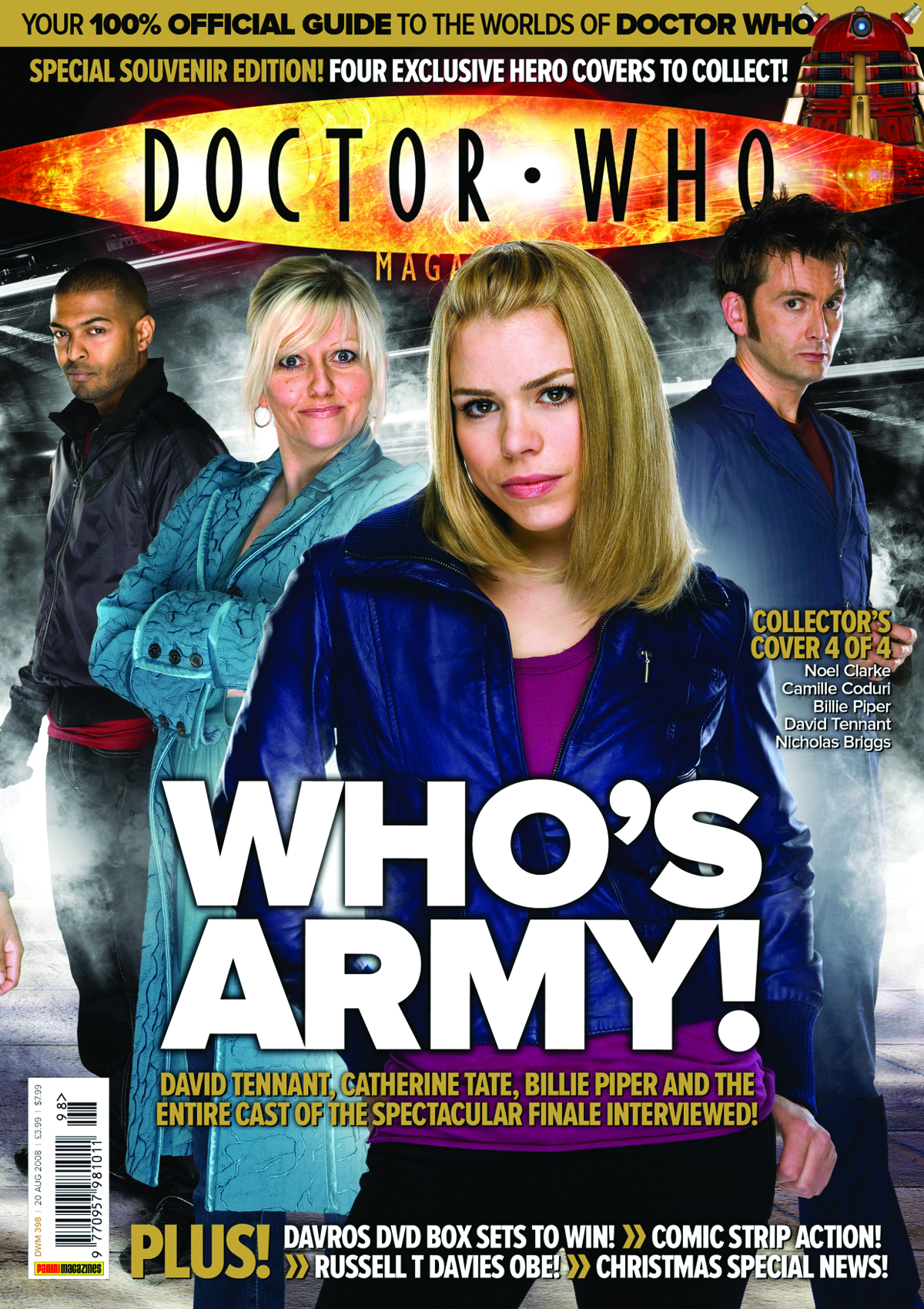 SEP084437
Doctor Who Magazine is the official publication of the smash-hit BBC TV series, Doctor Who -  the most-watched and best-loved drama in the UK, and a hit on the Sci-Fi Channel! Packed with exclusive photos and interviews, the new issue looks forward to the 2009 Christmas Special with David Morrissey and the Cybermen; showrunner Russell T. Davies reveals secrets about the production of the forthcoming series of specials in 2009; there's trouble for the Doctor as he meets an unexpected ally in the second part of the full-color comic strip, "ThinkTwice;" the Time Team begins watching the adventures of the Seventh Doctor as they settle down to view "Time and the Rani;" all the latest books, audios and DVDs are previewed and reviewed; plus all the very latest news, and much more!