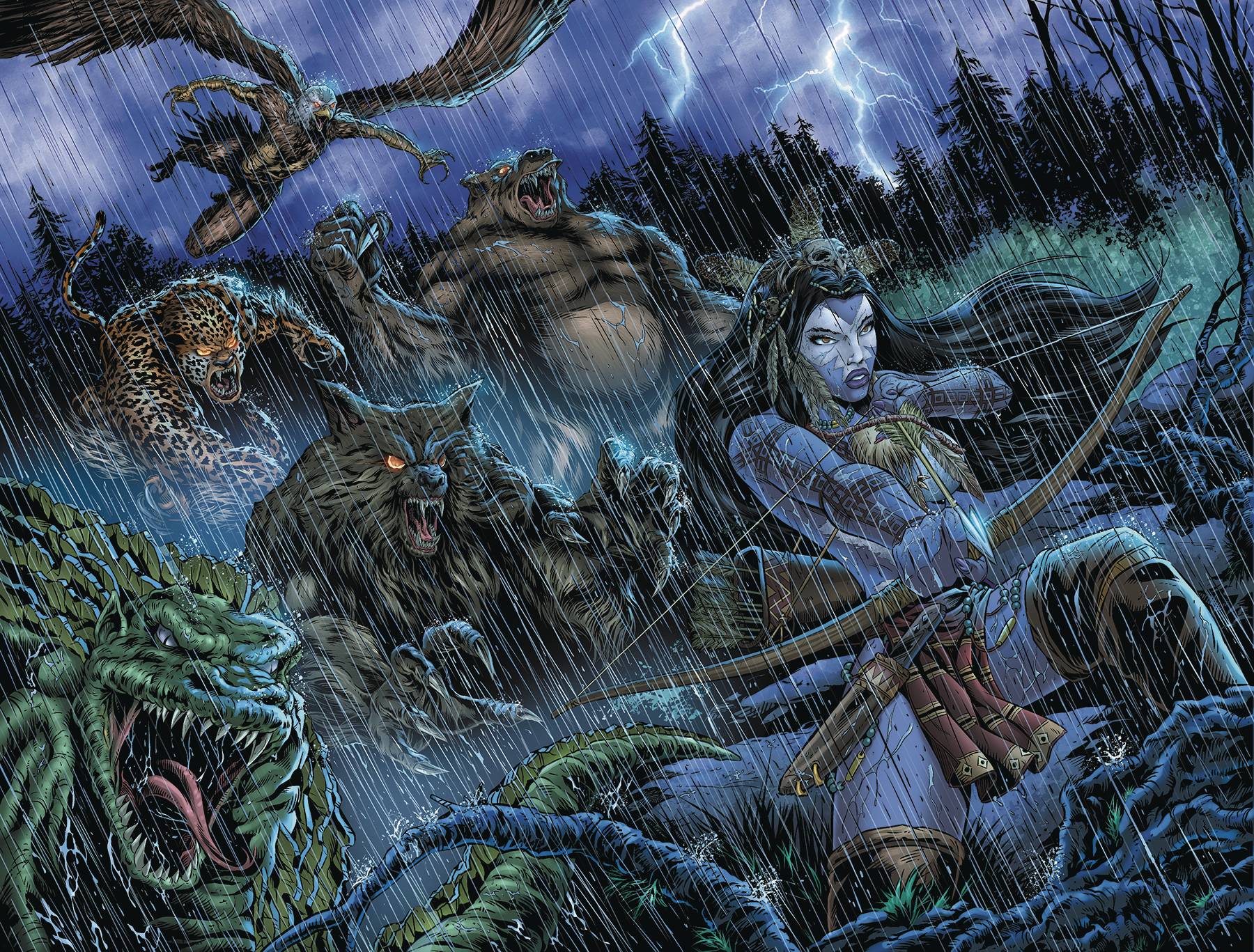 #
OCT221901
(W) Justin Murphy (A/CA) Justin Murphy
After their families are killed during the French & Indian War and the surviving child is captured, three brothers organize a rescue when they receive shape-shifting powers from a female shaman. Wolf, bear, eagle, jaguar, and gator all team up in an alliance against the French and the British.
In Shops: Dec 21, 2022
SRP: $3.99
View All Items In This Series
PREORDER SUBSCRIBE WISH LIST