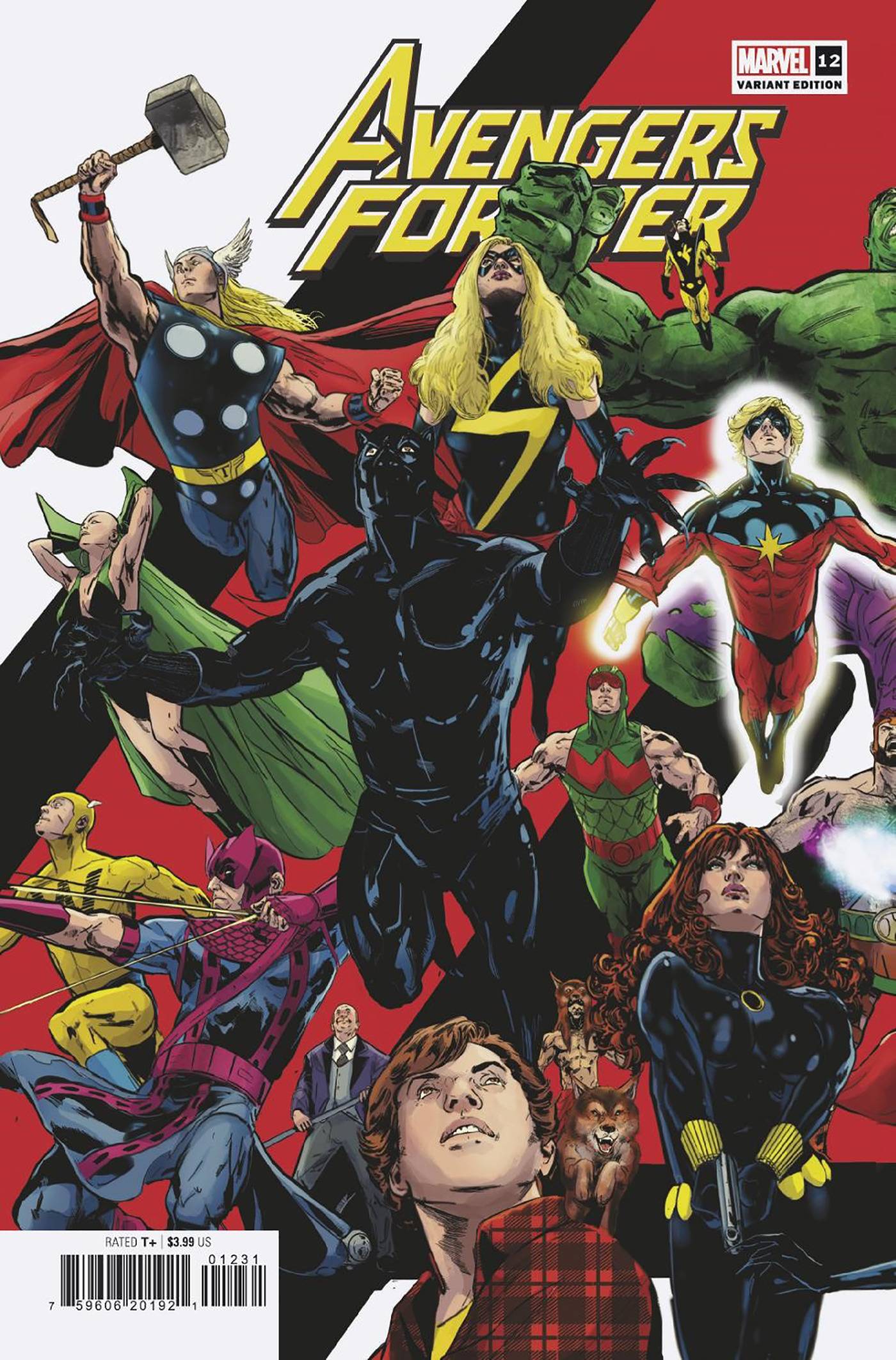 #
OCT220823
(W) Jason Aaron (A) Aaron Kuder (CA) Phil Jiminez
AVENGERS ASSEMBLE - PART THREE: THE SIEGE OF INFINITY TOWER!
The all Steve Rogers Howling Commandos. The interstellar air force that is the Carol Corps. The Star Panther. The God of Fists. The Invincible Ant-Man, Tony Stark. Together, they are the greatest army of Avengers ever assembled. But will they be enough to protect the Avengers Tower at Infinity's End? Because Mephisto has come to claim that tower's secrets, and he's brought an army of his own.
Rated T+
In Shops: Dec 21, 2022
SRP: $3.99
View All Items In This Series
ORDER SUBSCRIBE WISH LIST