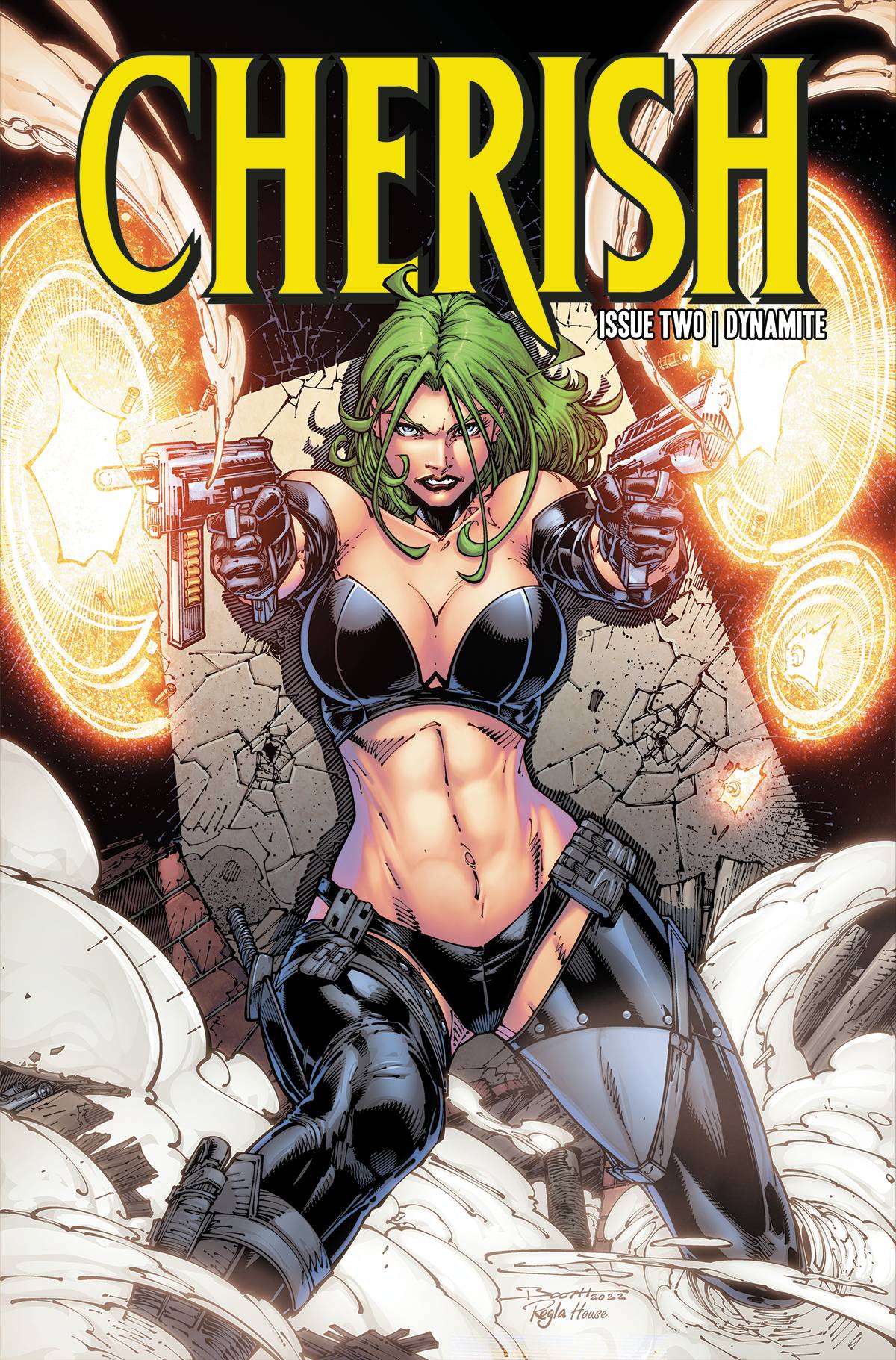 #
OCT220617
(W) Katana Collins (A) Gabriel Caitano (CA) Brett Booth
When the blood on the boardroom floor moves from the metaphorical to literal...
Cherish is the story of a young woman, Amelia Fellows, who witnessed the betrayal and murder of her father at the hands of those he once trusted. Unfortunately for Amelia, the people behind her father's death are some of the richest, most powerful people in the world. If Amelia wants justice for her father, she'll have to get it herself as the wll-armed hi-tech vigilante, Cherlish.
After a skirmish with Valeria Nolan's bodyguard, Cherish gets back to focusing on a her new roles as both Connor's girlfriend and Warner's assistant. What started as a flirtation to manipulate Connor into getting Cherish closer to her goals might be turning into something more. And what started as a way to keep a close eye on a friend of her father's that betrayed them all is revealing something darker than she could have ever imagined. Can Cherish stop Warner before Valerie discovers her secret?
Featuring stunning covers by Brett Booth, Eric Canete, Soo Lee, and Ben Templesmith!
In Shops: Dec 14, 2022
SRP: $3.99
View All Items In This Series
ORDER SUBSCRIBE WISH LIST