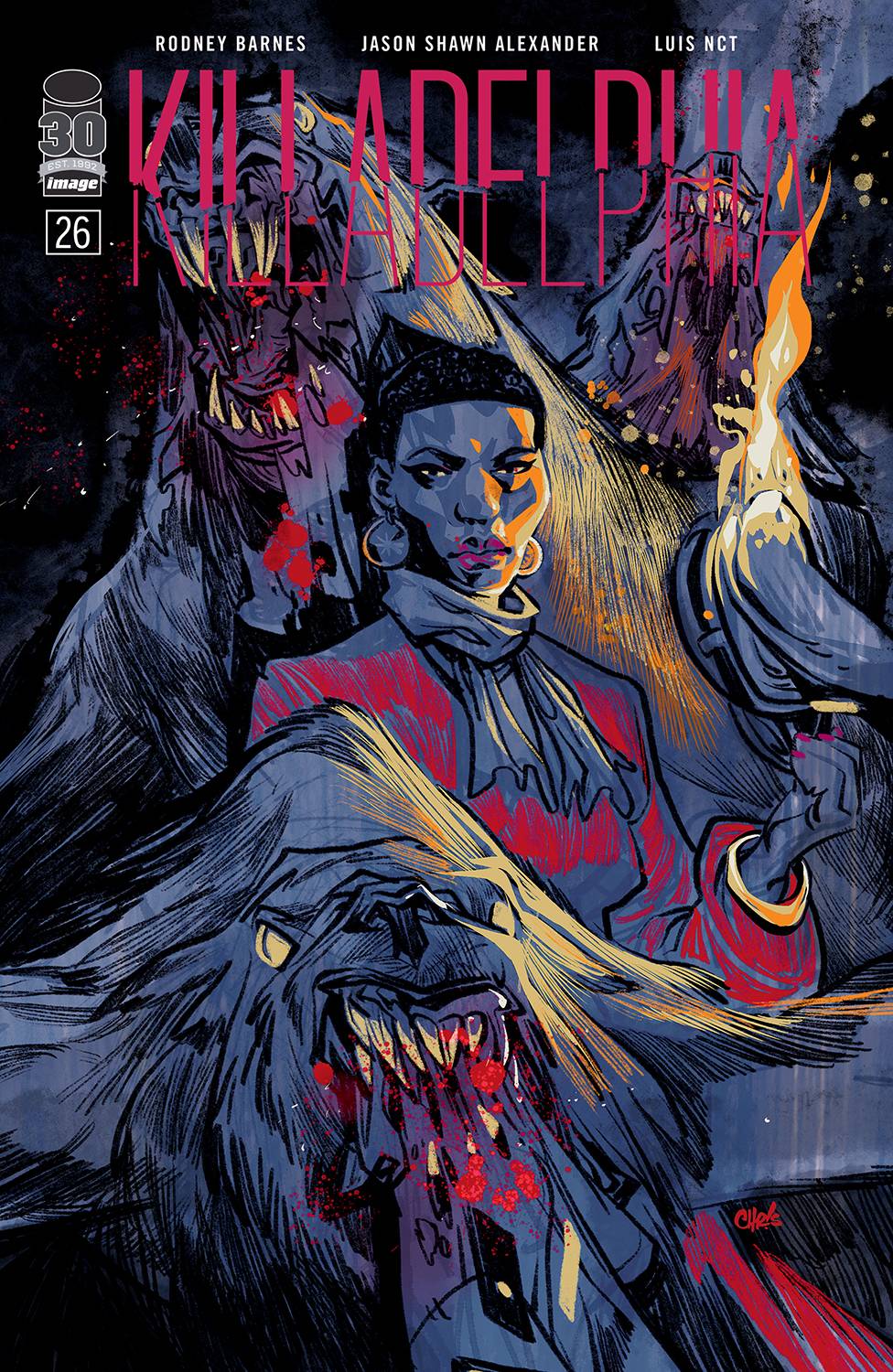 #
OCT220167
(W) Rodney Barnes (A) Jason Shawn Alexander, German Erramouspe (CA) Chris Visions
"THERE'S NO PLACE LIKE HOME," Part Two
The sold-out, Eisner Award-nominated horror series continues! From RODNEY BARNES, the writer behind such hit shows as Marvel's Runaways and STARZ's American Gods, and JASON SHAWN ALEXANDER, the artist who redefined SPAWN.
The war has begun! Vampire king President George Washington leads SeeSaw and his vampire army against Toussaint Louverture and his Haitian guardians. But with the strength of the National Guard against them as well, this might very well spell an extinction era for all vampires, including James Sangster!
Also available in NOIR EDITION, featuring black-and-white line art interiors!
In Shops: Dec 28, 2022
SRP: $3.99
View All Items In This Series
ORDER SUBSCRIBE WISH LIST