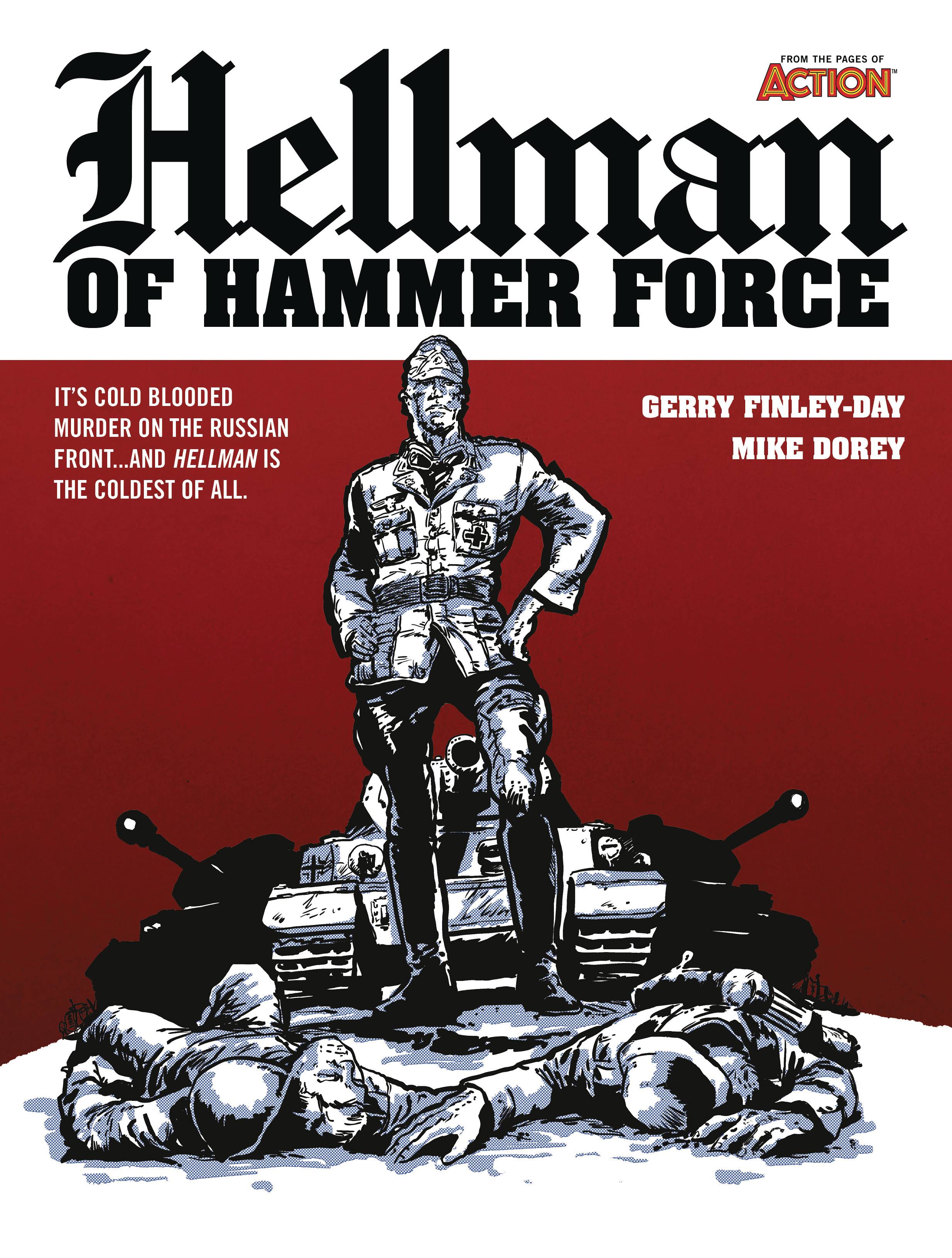 #
OCT211695
(W) Gerry Findley-Day (A/CA) Mike Dorey
This isn't your grandad's war comic. Never had there been an anti-hero like Hellman of Hammer Force! One of the major highlights of the controversial 1970s comic, Action, Major Kurt Hellman is a Panzer commander in the 1940 German invasion of Belgium. But this man is no Nazi - he avoids taking life wherever possible, all while facing foes without and treachery within! Collected for the first time, and from the very beginning, this groundbreaking series of thrilling combat is written by Gerry Finley-Day (Rogue Trooper) and drawn by Mike Dorey (Ro-Busters).
In Shops: Jan 05, 2022
SRP: $17.99
ORDER WISH LIST