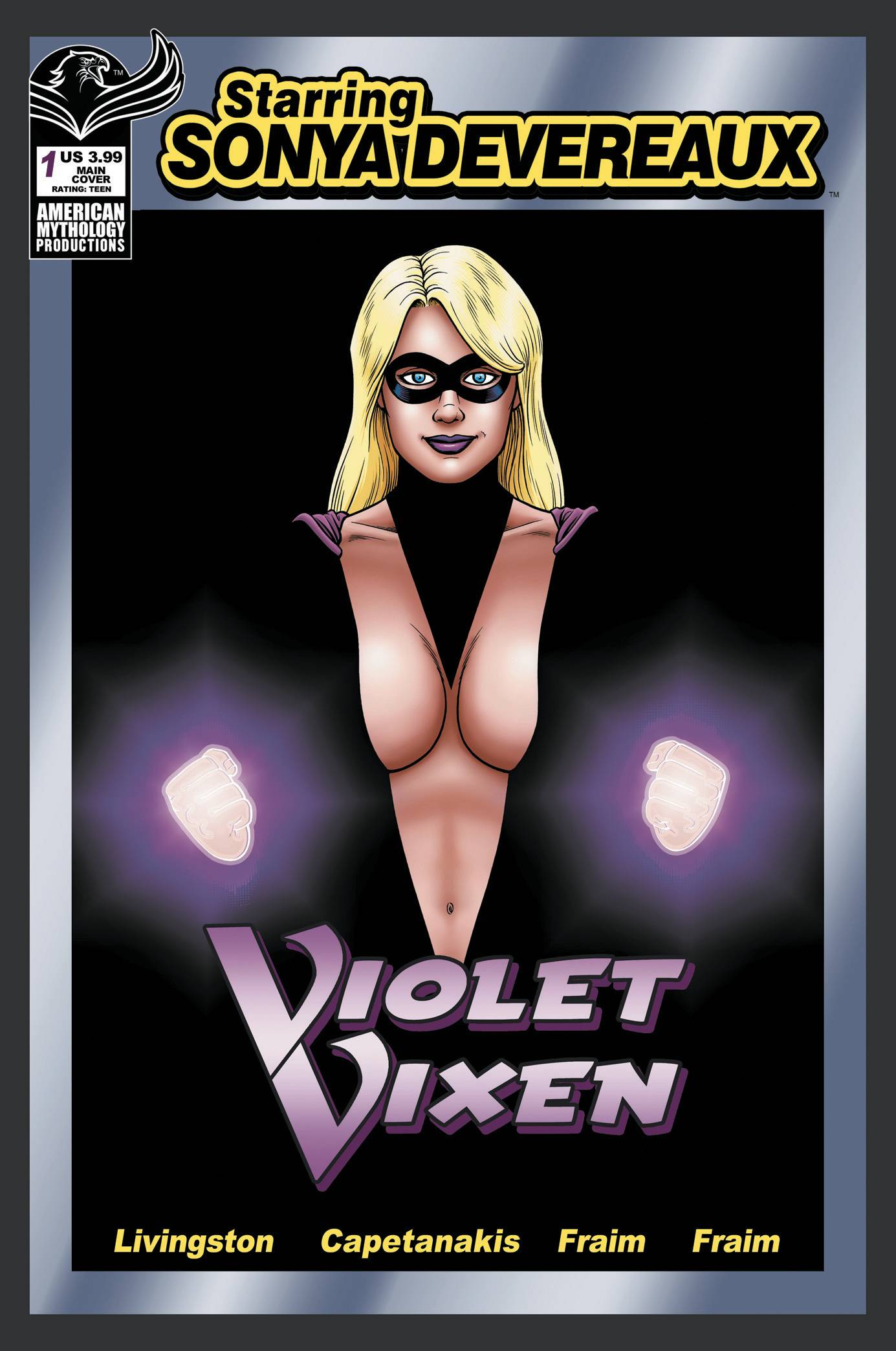 #
OCT211170
(W) Todd Livingston, Nick Capetanakis (A) Dan Parson, Demi Mandir (CA) Brendon Fraim, Brian Fraim
Hollywood's 306th best actress is scream queen Sonya Devereaux, whose career consists entirely of ultra-low budget, straight to DVD movies - the kind you find in the bargain bin or playing at 2am on cable TV.  In this issue: "Violet Vixen" - A new superhero arrives in Midtown to help Violet Vixen cope with the recent influx of super-baddies like Trash Panda Man and The Questioner, but her moral compass is missing a magnet or two and makes life difficult for Violet. When stripped of her license to fight crime, Violet Vixen learns the hard way that with heroes like Madame Midnight, who needs villains?!? Pro wrestler Katarina Waters guest-stars in this hilarious 30-page super-hero parody! Don't miss the post-credit sequence!
In Shops: Nov 10, 2021
SRP: $3.99
View All Items In This Series
PREORDER SUBSCRIBE WISH LIST