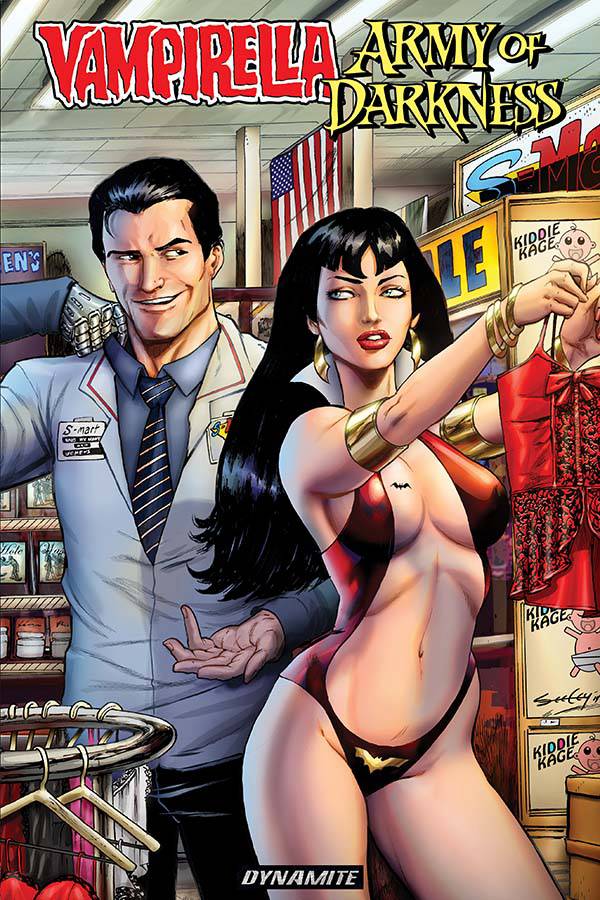 #
OCT210467
(W) Mark Rahner (A) Jethro Morales (CA) Tim Seeley
Horror icons from two universes collide as Ash Williams, the chainsaw-armed Chosen One of the small and big screen, crosses paths with the supernatural superheroine Vampirella in a story set during the events of the cult classic film, Army of Darkness! When Ash misspoke the incantation to acquire the Necronomicon, an unholy book written in blood, the spell ripped Vampirella - a force for good, despite her blood-hungry fangs - from her own time and back to 1300 CE. Infected by Deadite magic, she stalks the halls of Lord Arthur's castle, unable to control her thirst. Even if that time-lost chucklehead Ash can free her of the demonic mutation, can he convince his allies - primitive screwheads that they are - that she shouldn't be burned at the stake?
In Shops: Nov 17, 2021
SRP: $14.99