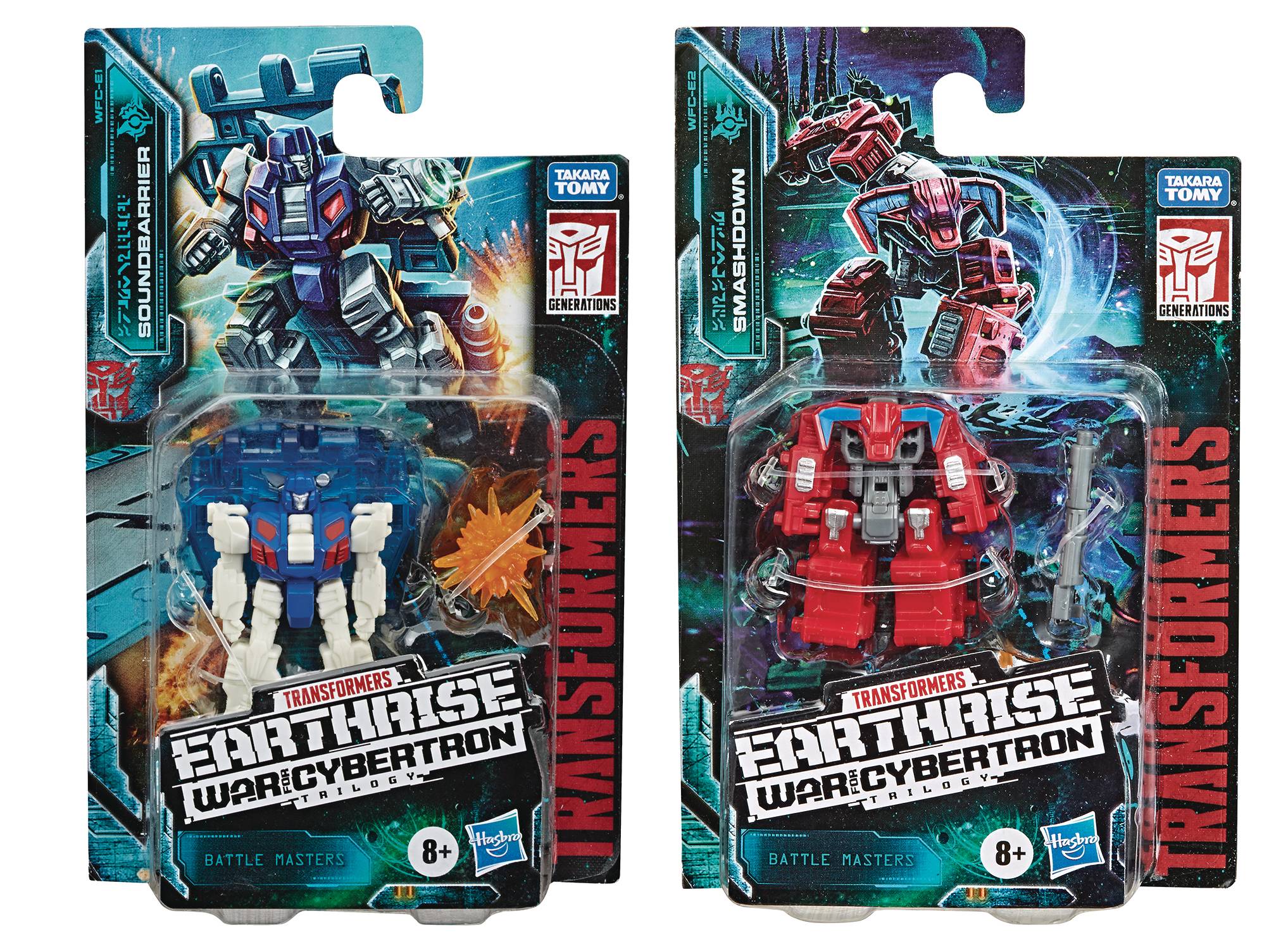 # # #
OCT202160
From Hasbro. Build the Battlefield Beyond! The siege is over, but the War for Cybertron has just begun. Now, fighters must instantly adapt to battle anywhere in the cosmos. With the highly advanced A.I.R. (Adaptable Interconnection Retrofitter) Locks system, the fighters don't head to the battlefield -they become it. Bots capable of converting into Modular Battle Stations can A.I.R.-Lock together in custom configurations to fit the needs of battle! This ecosystem of collectible figures allows fans to build out epic space battle scenes, featuring figures that can convert into Modular Battle Station modes. Every pack includes a piece of the Transformers Universe map. Collect other Earthrise figures to piece together the full map! In series 202001, collect Soundbarrier and Smashdown. In series 202002, collect Slitherfang and Rung.