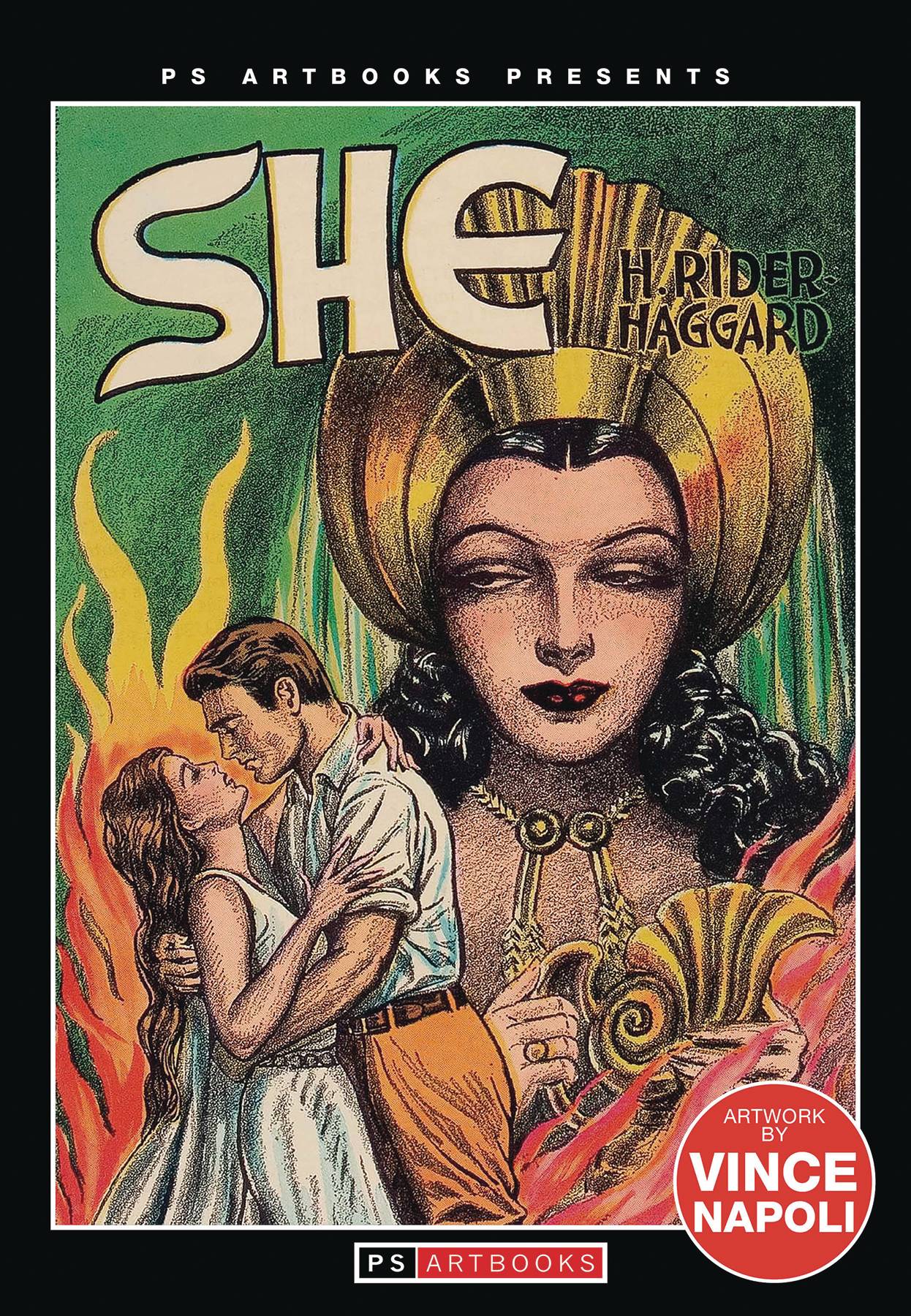 #
OCT201530
(W) H Rider Haggard, Dick Davis (A) Henry C. Kiefer (A/CA) Vince Napoli
Stories by Famous Authors Illustrated #3 presents She by H. Rider Haggard (as Sir Rider Haggard) adapted by Dick Davis, with artwork by Henry Kiefer and Vincent Napoli. This is the world famous and renowned fantastical adventure featuring Leo Vincey, who told by his dying uncle of a lost land visited 500 years ago by his ancestor, heads out with family friend Horace Holly to try to discover the land and its secret of immortality, said to be contained within a mystic fire. Eventually they stumble upon Kor, revealed to be a hidden civilization ruled over by an immortal queen, called She, who believes Vincey is her long-lost lover John Vincey, Leo's ancestor.