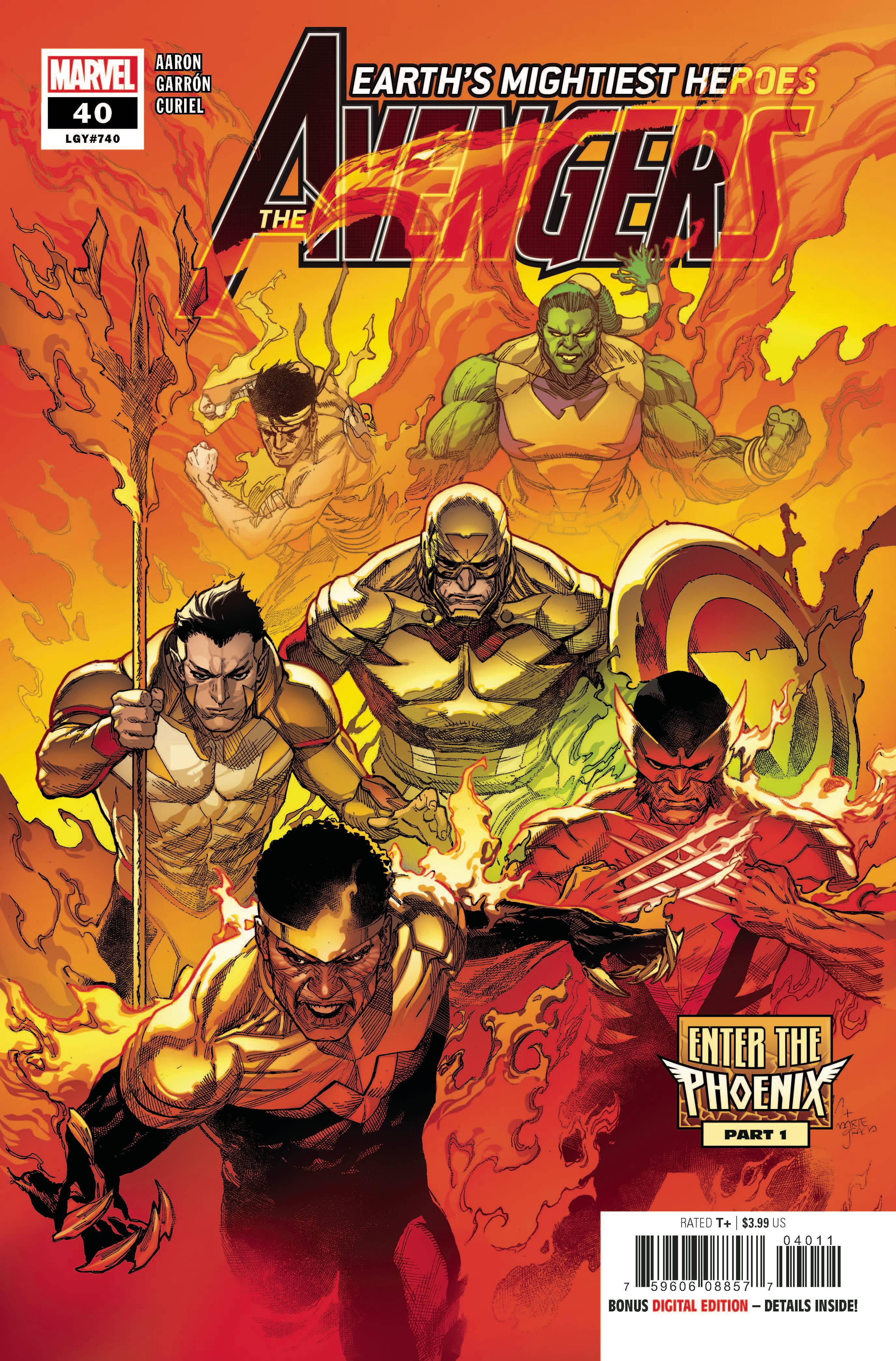 #
OCT200615
(W) Jason Aaron (A) Javi Garron (CA) Leinil Francis Yu
ENTER THE PHOENIX!
The infamous firebird of cosmic destruction and rebirth known as the Phoenix Force has returned to Earth to find a new avatar. So now the Avengers and some of the most powerful heroes and villains in the Marvel Universe are being called into a competition unlike anything they've ever seen. A globe-spanning battle that will transform them all and ultimately decide...who will be the all-new Phoenix.
Rated T+
In Shops: Dec 30, 2020
SRP: $3.99
View All Items In This Series