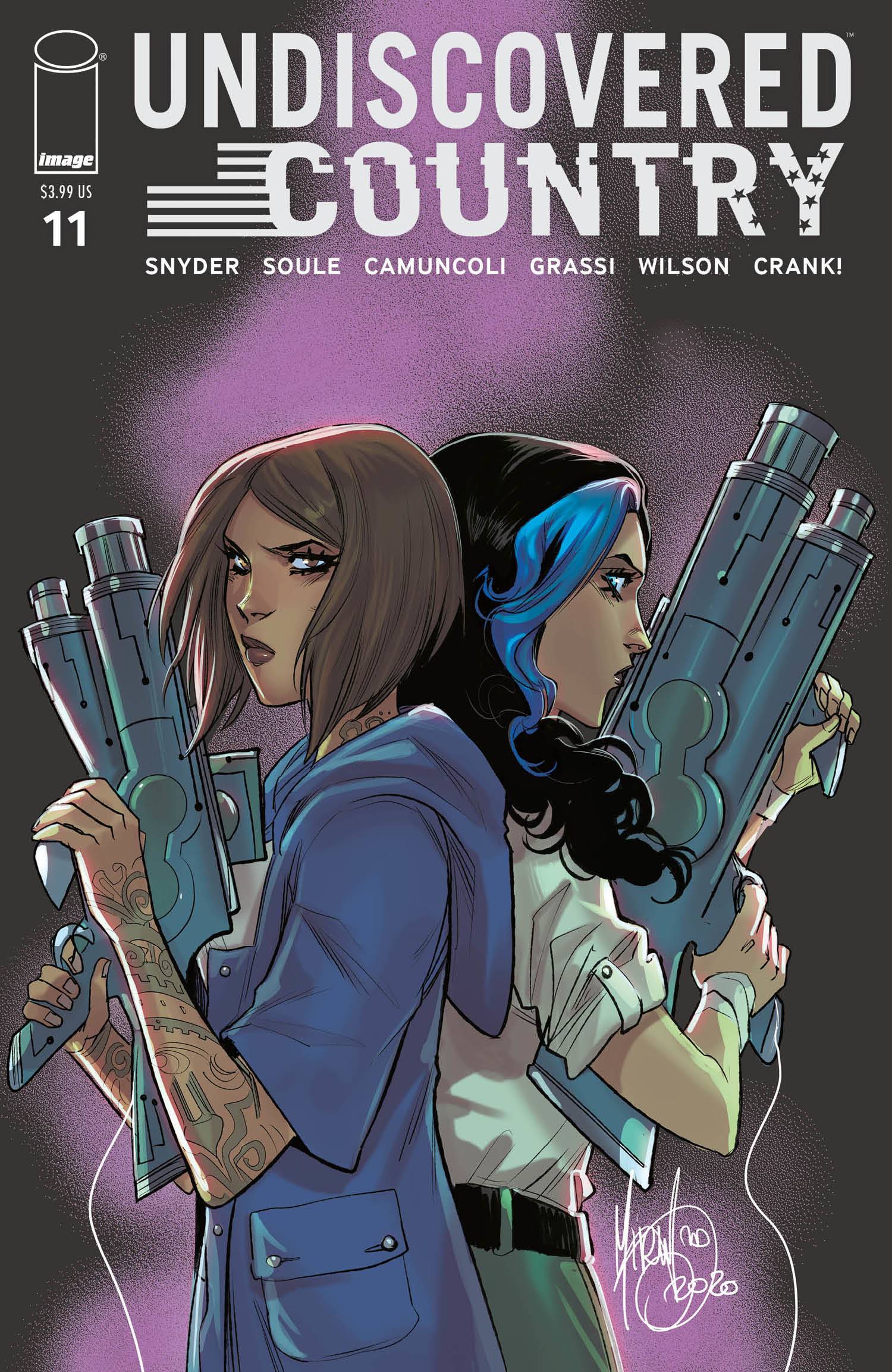 #
OCT200232
(W) Charles Soule, Scott Snyder (A) Giuseppe Camuncoli, Matt Wilson, Leonardo Marcello Grassi (CA) Mirka Andolfo
"UNITY," Part Five-Our team integrates further into the mysterious network of the second Zone of America. As they learn more about how this society came to be, will they themselves be changed as a result?

HOLLYWOOD BUG: Acquired by New Republic Pictures after a competitive bidding war for potential franchise development. SNYDER and SOULE are attached to adapt the screenplay and serve as executive producers alongside CAMUNCOLI. John Hilary Shepherd will oversee development for New Republic.
In Shops: Dec 23, 2020
SRP: $3.99
View All Items In This Series
ORDER SUBSCRIBE WISH LIST