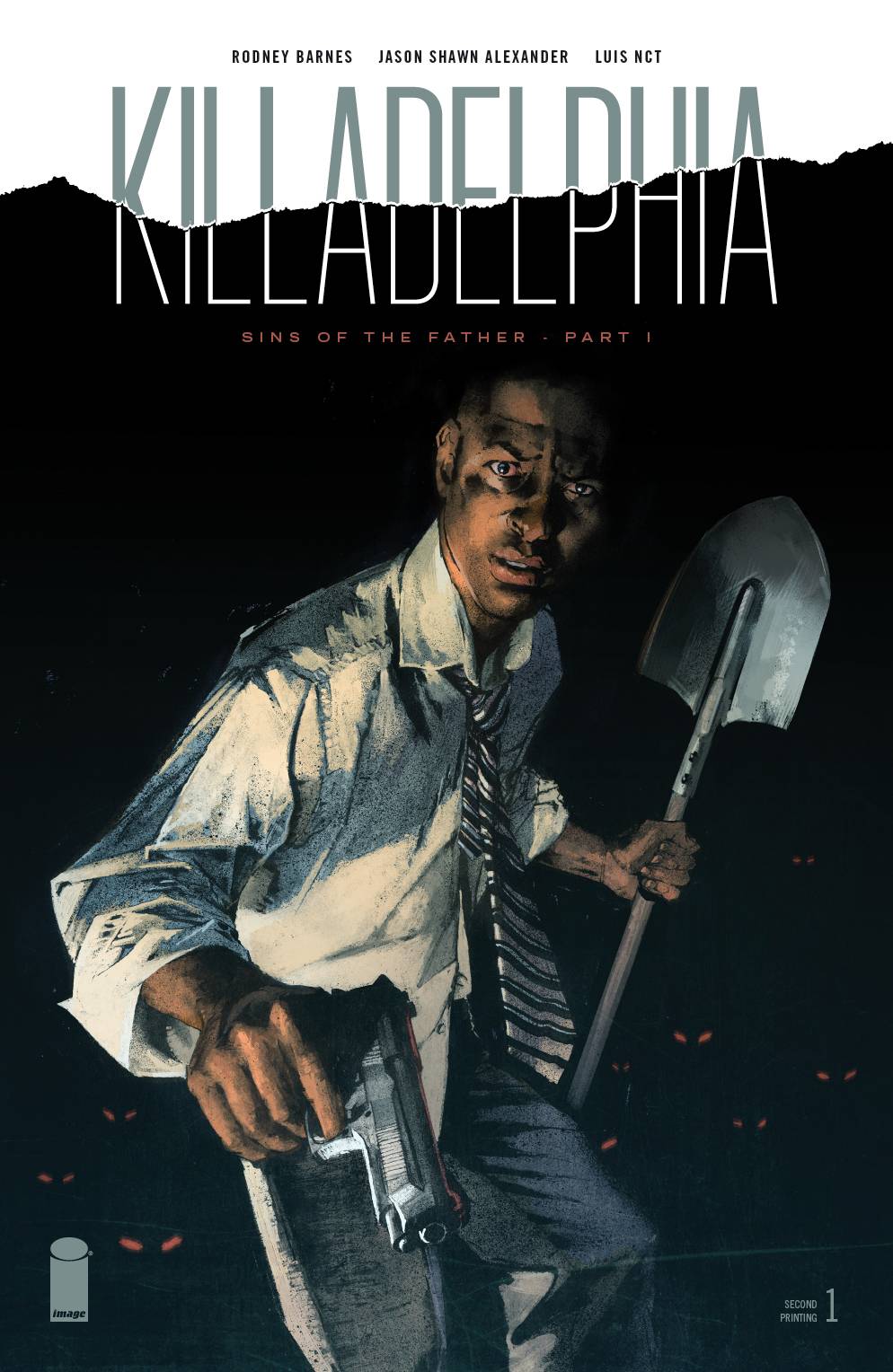 #
OCT198928
(W) Rodney Barnes (A/CA) Jason Shawn Alexander
SERIES PREMIERE! "SINS OF THE FATHER," Part One-Featuring the show-stopping talents of SPAWN series artist JASON SHAWN ALEXANDER and the writer behind such hit shows as Wutang: An American Saga, Marvel's Runaways, and Starz's American Gods-RODNEY BARNES.
When a small-town beat cop comes home to bury his murdered father-the revered Philadelphia detective James Sangster Sr.-he begins to unravel a mystery that leads him down a path of horrors that will shake his beliefs to their core. The city that was once the symbol of liberty and freedom has fallen prey to corruption, poverty, unemployment, brutality... and vampires.
Welcome to KILLADELPHIA.
In Shops: Jan 08, 2020
SRP: $3.99
View All Items In This Series
ORDER SUBSCRIBE WISH LIST