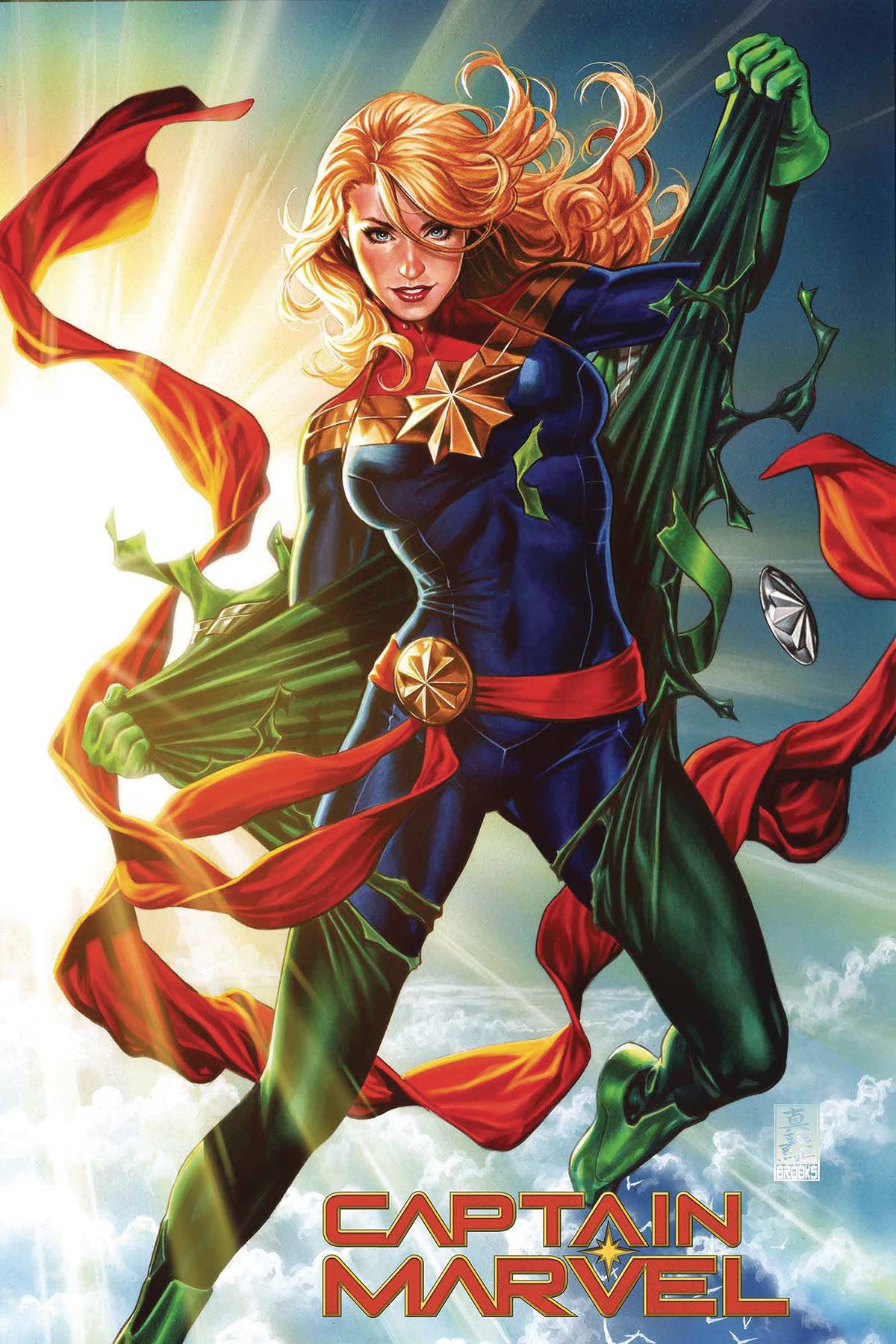 #
OCT191117
(W) Kelly Thompson (A) Annapaola Martello, Carmen Nunez Carnero (CA) Mark Brooks
Captain Marvel enlists in the War of the Realms! The Dark Elf King Malekith and his allies have conquered Earth. At least, they think they have - and they've divided the spoils accordingly, with the Enchantress raising an army of the dead and staking a claim on South America. But Earth isn't going down without a fight, and Captain Marvel leads Black Widow and Doctor Strange into the land of the dead for a melee of myth and magic that Carol Danvers will never forget! Then, when her Kree heritage is exposed to the world in dramatic fashion, Carol goes from beloved hero to Public Enemy No. 1! And as a new hero steps into the limelight, Carol can't help but wonder: Does the world even need Captain Marvel? Collecting CAPTAIN MARVEL (2019) #6-11.
Rated T+
In Shops: Jan 08, 2020
SRP: $17.99
View All Items In This Series