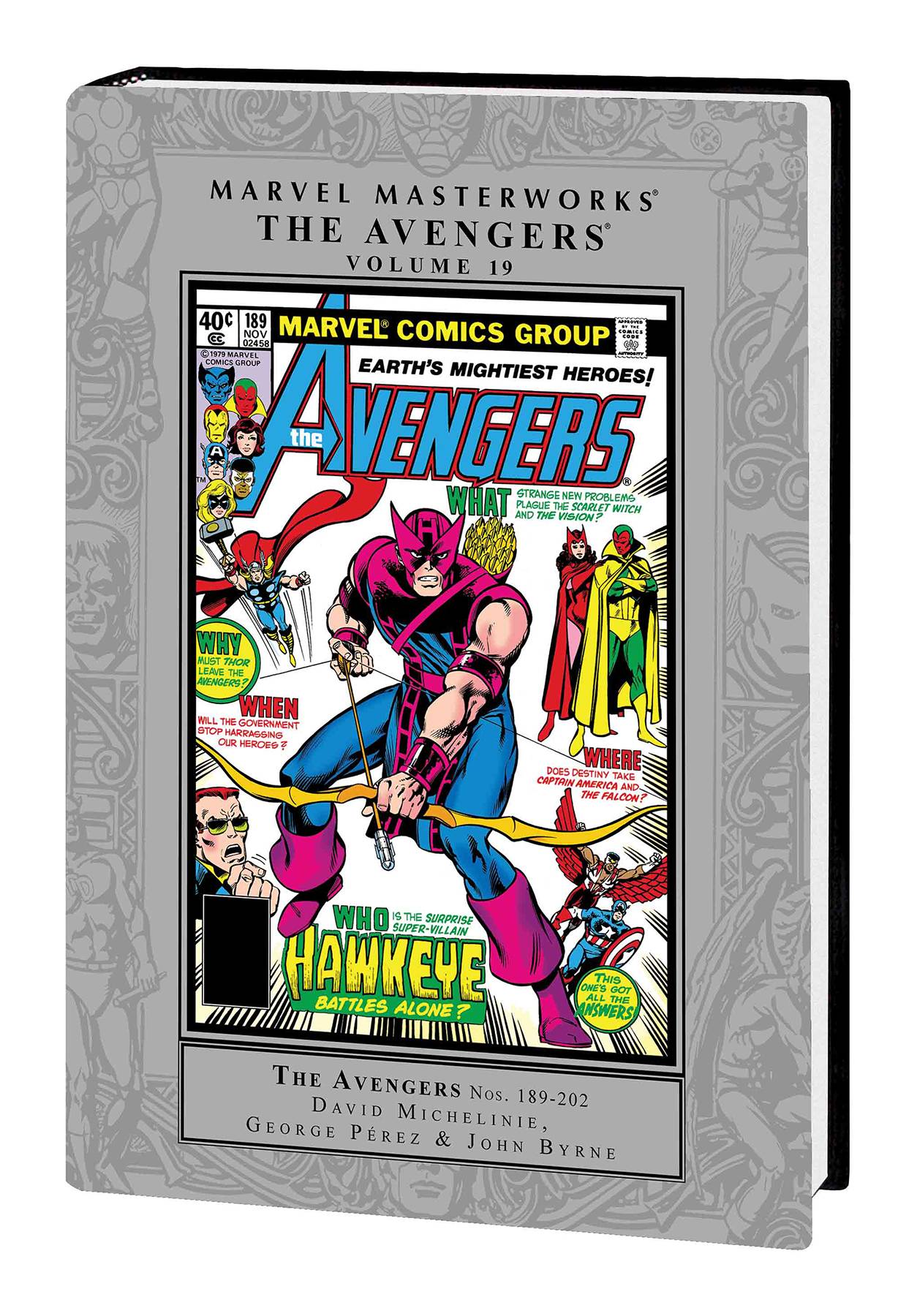 #
OCT181009
(W) David Michelinie, Steven Grant, More (A) George Perez, More (A/CA) John Byrne
Who knew the fight of the Avengers' lives would be in the courtroom? Henry Peter Gyrich has his sights set on stripping Earth's Mightiest Heroes of their charter - but when the Grey Gargoyle crashes the hearing, the only motion is to Assemble! Then, the action moves to Pittsburgh before a new nemesis arrives in the form of...the Taskmaster! In his first appearance, the villain who can replicate any hero's actions battles the Avengers, Yellowjacket, the Wasp - and Scott Lang, the all-new Ant-Man! On the way to its milestone 200th issue, the team encounters the towering robot Red Ronin and unites against Ultron in an all-time classic! Also featuring a Wonder Man solo tale, a rare Vision story and an action-packed adventure starring - Jarvis?! Collecting AVENGERS (1963) #189-202, MARVEL PREMIERE #55 and TALES TO ASTONISH (1979) #12.
Rated T
In Shops: Apr 10, 2019
SRP: $75.00
View All Items In This Series