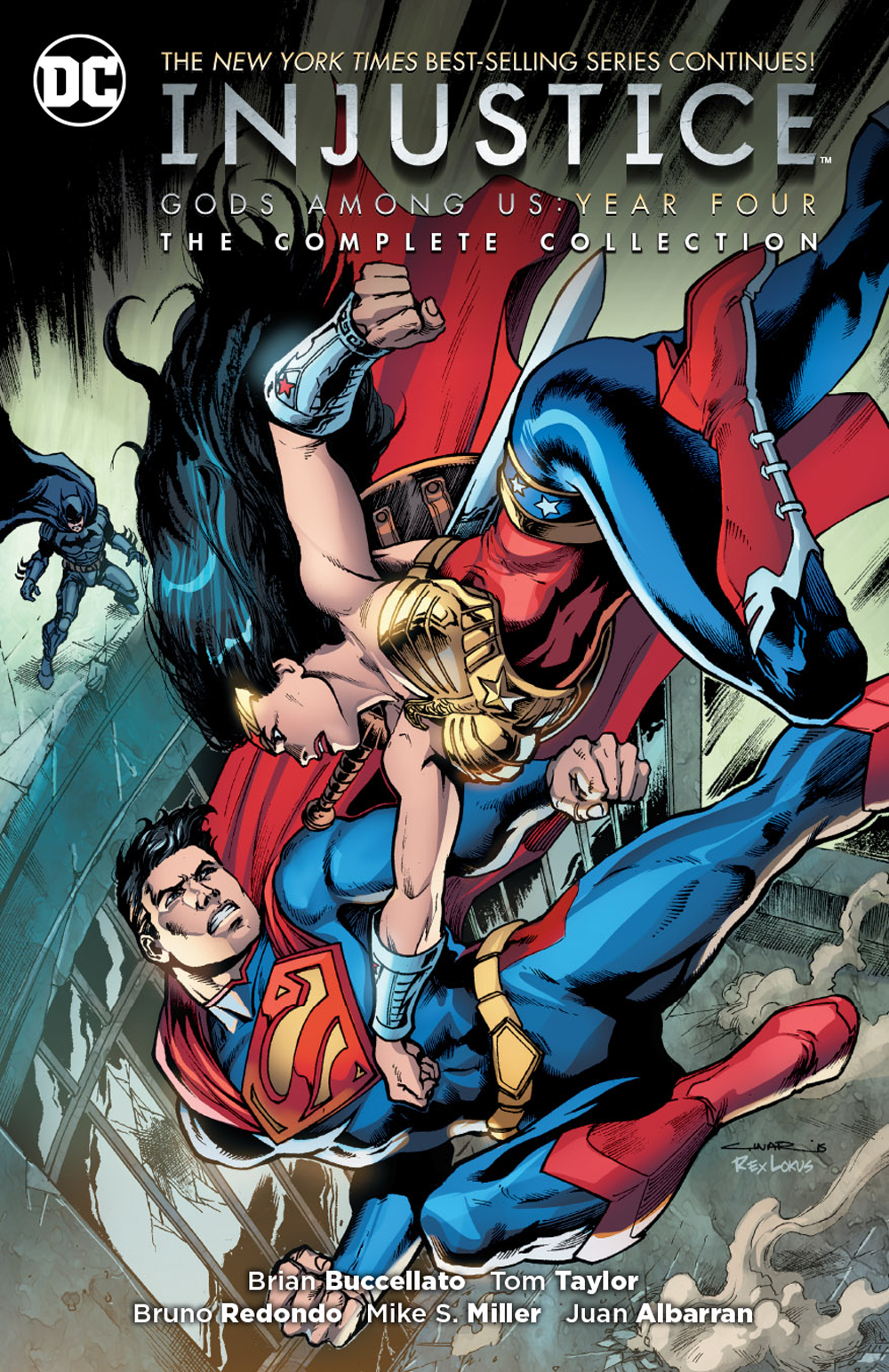 OCT180590
(W) Brian Buccellato, Tom Taylor (A) Bruno Redondo, Mike S. Miller, Juan Albarran, Xermanico, Tom Derenick, Sergio Sandoval, Jordi Tarragona (CA) Yildiray Cinar
When Superman and the Justice League declared themselves the ultimate authority on planet Earth, only Batman stood against them-but now Batman is defeated. His resistance army has suffered major losses and dwindled to nearly nothing. The man who always has a backup plan for his backup plans has nothing-except for one final, desperate gambit. Collects Injustice: Gods Among Us: Year Four #1-12 and Injustice: Gods Among Us: Year Four Annual #1!
In Shops: Jan 09, 2019
SRP: $29.99