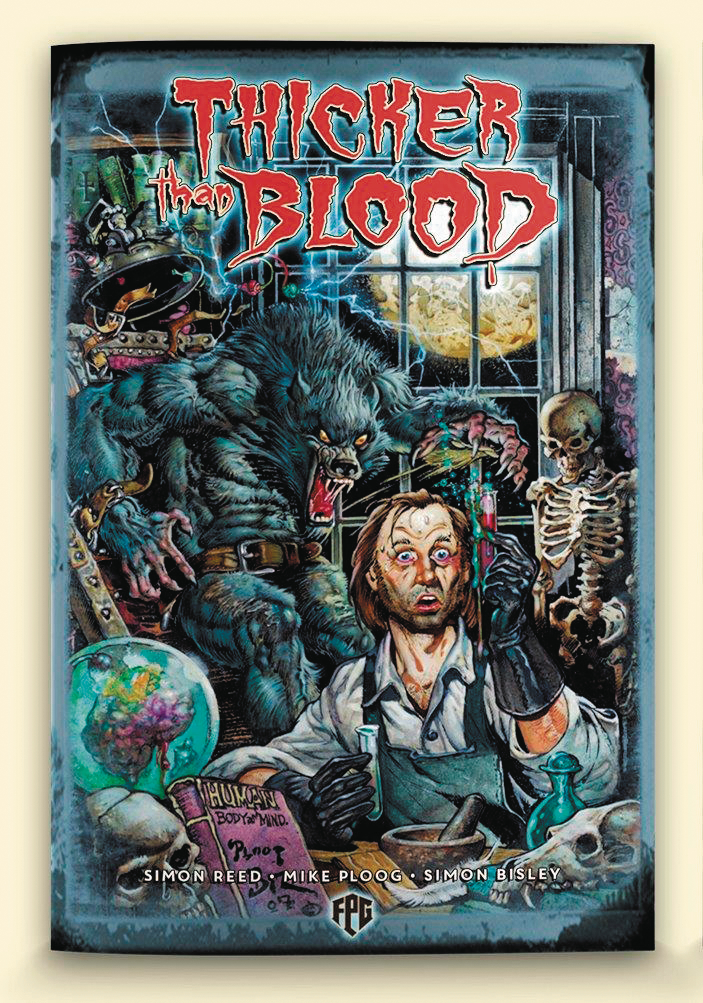 OCT171606
(W) Simon Reed (A/CA) Mike Ploog, Simon Bisley
Thicker Than Blood collects Simon Reed, Mike Ploog, and Simon Bisley's three issue mini-series originally published in 2008-2009 in a very limited release. The story follows two brothers on a trek across Scotland who find themselves faced with more than just a stroll across the Highlands. After traveling for miles lost in the mist, they chance upon shelter, not knowing what lays before them. The darkness descends and the moon rises, an invitation for all manner of creatures to appear, including a werewolf! This is a tragic tale of two brothers being in the wrong place at the wrong time, and how their lives are changed forever. Version A reproduces only Mike Ploog's detailed pen and ink pages. Version B peproduces the fully painted artwork of Simon Bisley, created from Mike Ploog's pen and inked pages, the way the artwork was originally published.
In Shops: Aug 08, 2018
SRP: $9.95
ORDER WISH LIST