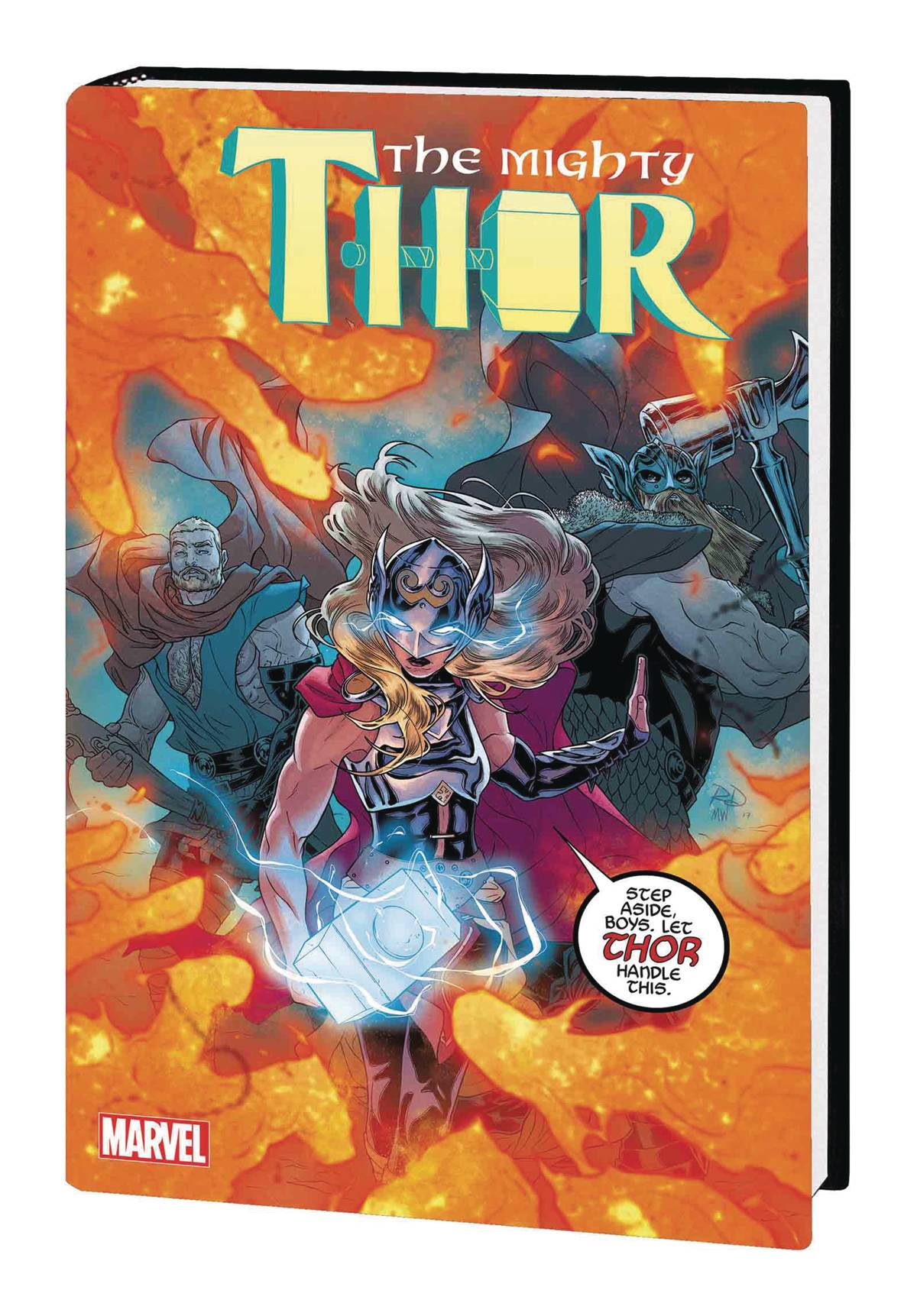 #
OCT170992
(W) Jason Aaron (A) Valerio Schiti, Mahmud A. Asrar (A/CA) Russell Dauterman
Who is the War Thor? The Ultimate Universe's Thor died defending the Multiverse, but his hammer remains. Who wields it now? Ponder that question along with Jane Foster, the Mighty Thor, as she faces the Ultimate team-up! War is coming to the Ten Realms - and when the Queen of Cinders sets them ablaze, even the combined might of not one, not two, but three Thors may not be enough to put out the flames! Meanwhile, Malekith's army grows, and the looming conflict reaches Asgard's doorstep! But even the fire of Muspelheim pales beside the fury of the War Thor - and with his thunder comes vengeance in the name of peace and sanity! Plus: Generations collide as Jane and a young Odinson face an Apocalyptic encounter in ancient Egypt - one that may transform the future of both Thors! Collecting MIGHTY THOR (2015) #20-23 and GENERATIONS: THE UNWORTHY THOR & THE MIGHTY THOR #1.
Rated T+
In Shops: Jan 17, 2018
SRP: $24.99
View All Items In This Series
ORDER WISH LIST