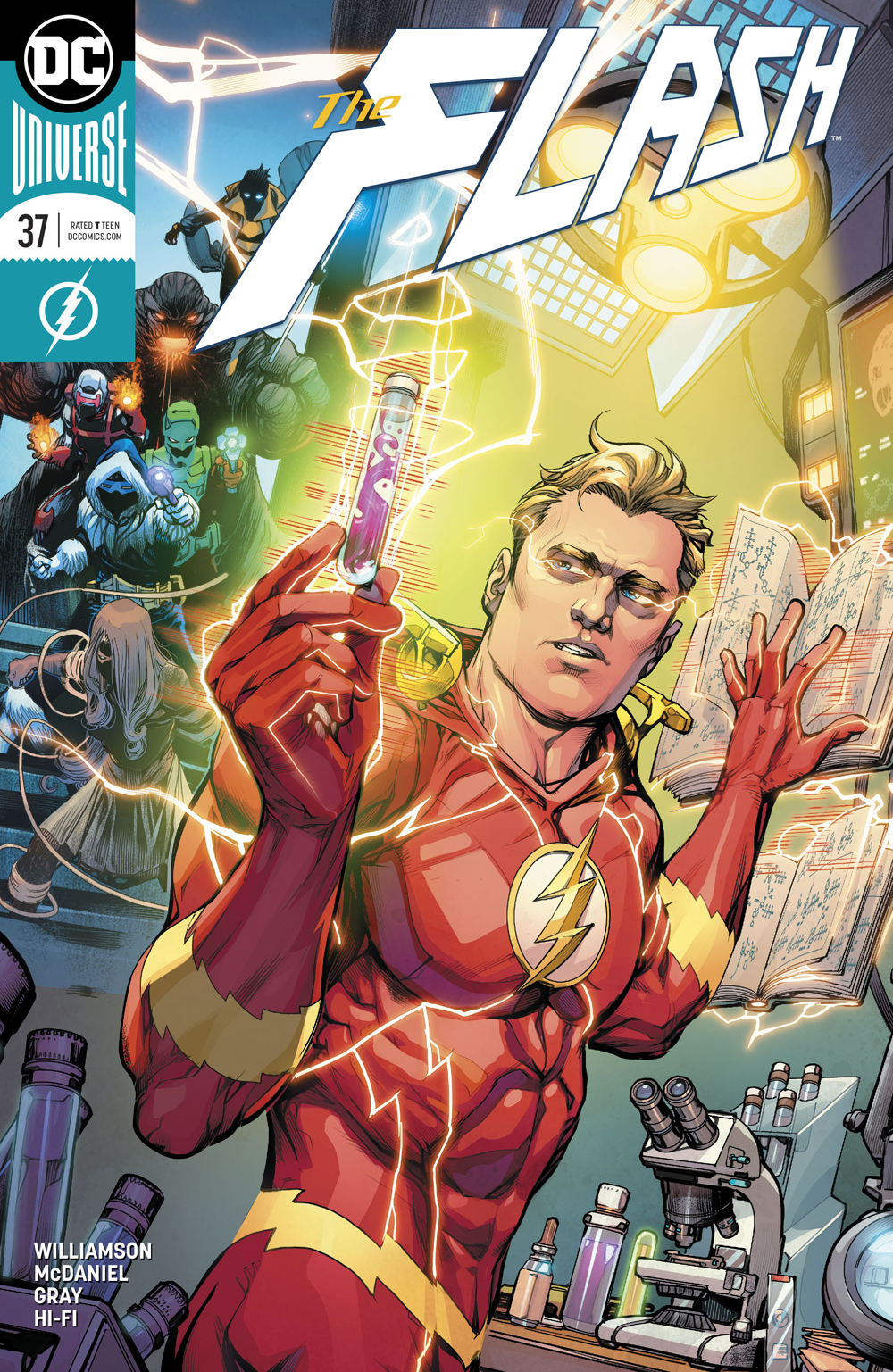 OCT170258
(W) Joshua Williamson, Michael Moreci (A) Mick Gray, Scott McDaniel (CA) Howard Porter
"A Cold Day in Hell" part two! The new crime lord of Central City has been revealed... and it's worse than The Flash ever imagined! Betrayed by a former friend and trapped in Iron Heights prison with no escape in sight-will The Flash be too late to save his city from disaster?
RATED T
In Shops: Dec 27, 2017
SRP: $2.99
View All Items In This Series
ORDER SUBSCRIBE WISH LIST