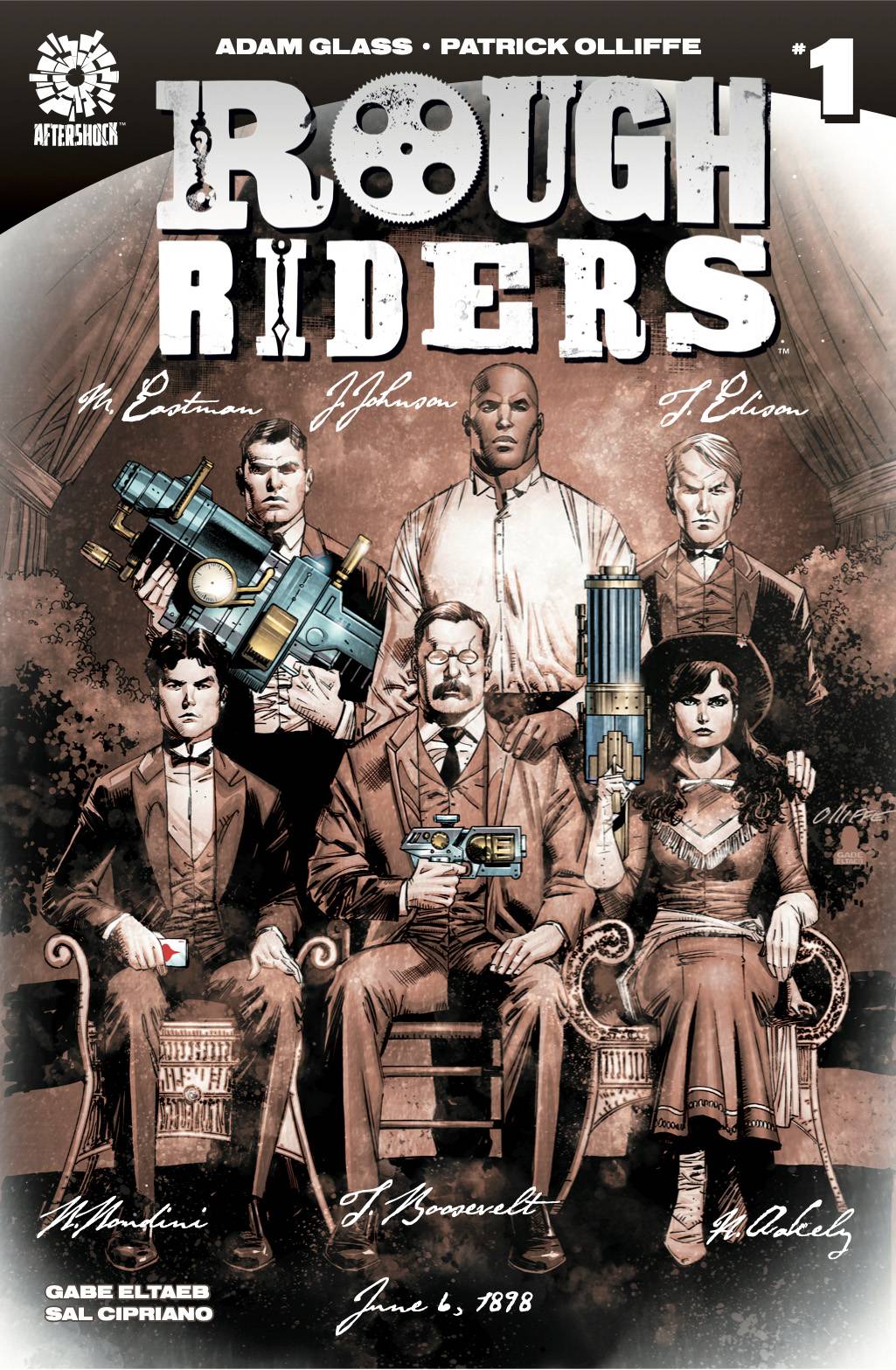 #
OCT161101
(W) Adam Glass (A) Pat Oliffe (CA) Pat Olliffe
Collecting the first seven issues of the epic AfterShock series! At the cusp of the 1898 World's Fair, America is poised to become Earth's most industrious nation. When a terrible power emerges from the darkness, a group of unlikely heroes team-up to stop it. A tortured Teddy Roosevelt recruits a struggling Coney Island magician named Harry Houdini: a hard-drinking, gun-slinger, Annie Oakley; a financially strapped and aging Thomas Edison; and a boisterous, womanizing African American boxer with a big chip on his shoulder named Jack Johnson. These legends of old will soon wage a shadow war that will change the course of history for America, and the world. That is of course, if they don't kill one another first. Don't miss out on this first collection from ADAM GLASS (executive producer of Supernatural & writer of Suicide Squad) and PAT OLLIFFE (Untold Tales of Spider-Man).
In Shops: Dec 28, 2016
SRP: $19.99
View All Items In This Series
ORDER SUBSCRIBE WISH LIST