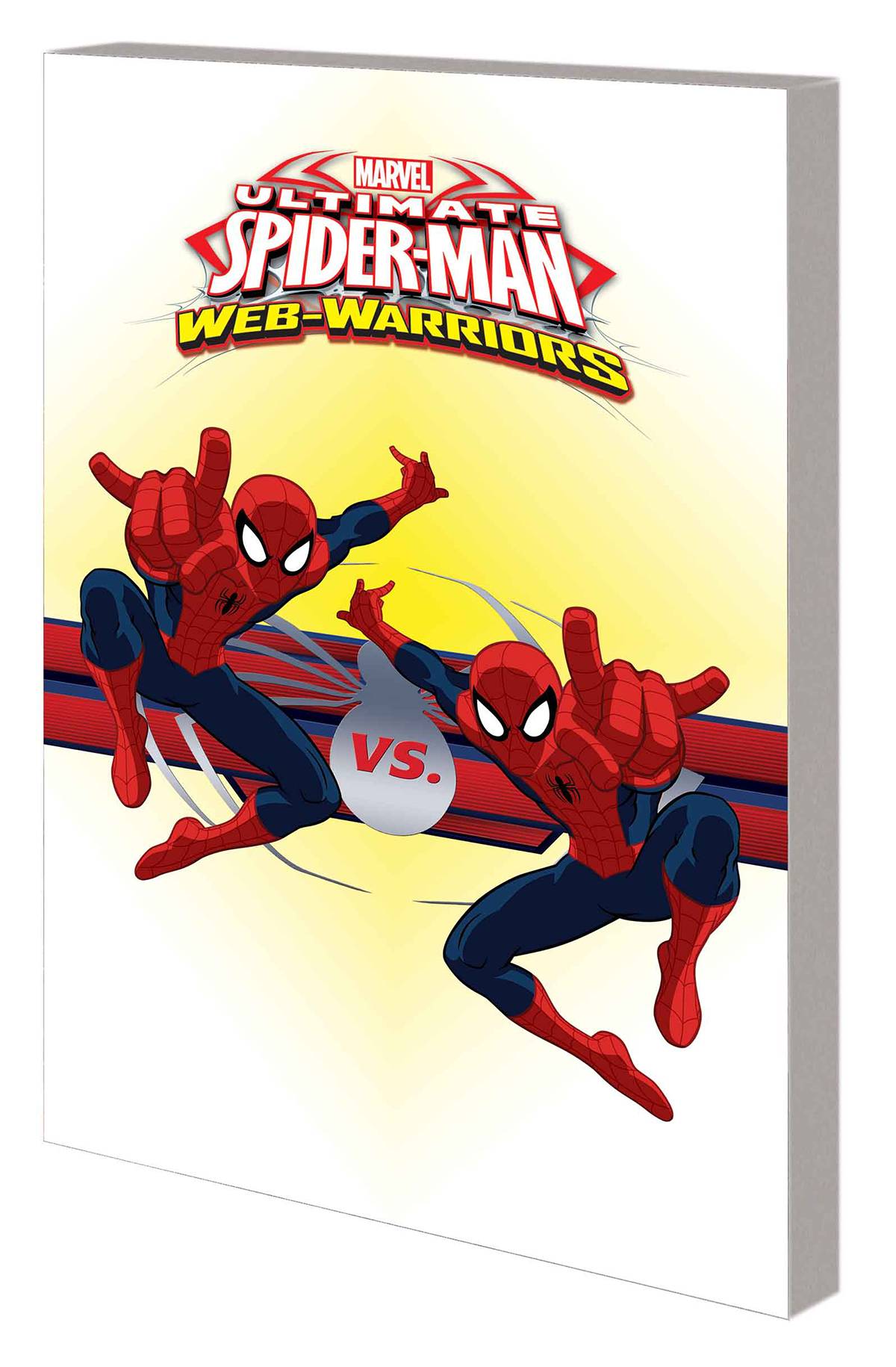 #
OCT150996
(W) Joe Caramagna (A) Various (CA) TBD
Featuring screen-capture images from MARVEL'S ULTIMATE SPIDER-MAN: WEB WARRIORS
Explosive action from your favorite web-slinging wonder, based on the hit Disney XD animated series!
•  Spider-Man gets to roll with the big boys as Captain America and Wolverine join him to combat a dangerous new threat to S.H.I.E.L.D.!
•  Then, Spidey must team up with Norman Osborn, now piloting the Iron Patriot Armor! Osborn swears he's put his villainous past behind him, but can Spidey trust his former foe?
•  When Dracula attacks, Spider-Man teams up with Blade - but can even these two heroes defeat the King of the Vampires?
•  Spidey might just need a little help from his friends - the secret team of monster heroes known as the Howling Commandos!
Collecting MARVEL UNIVERSE ULTIMATE SPIDER-MAN: WEB WARRIORS #9-12.
All Ages
In Shops: Dec 30, 2015
SRP: $9.99
View All Items In This Series
ORDER WISH LIST