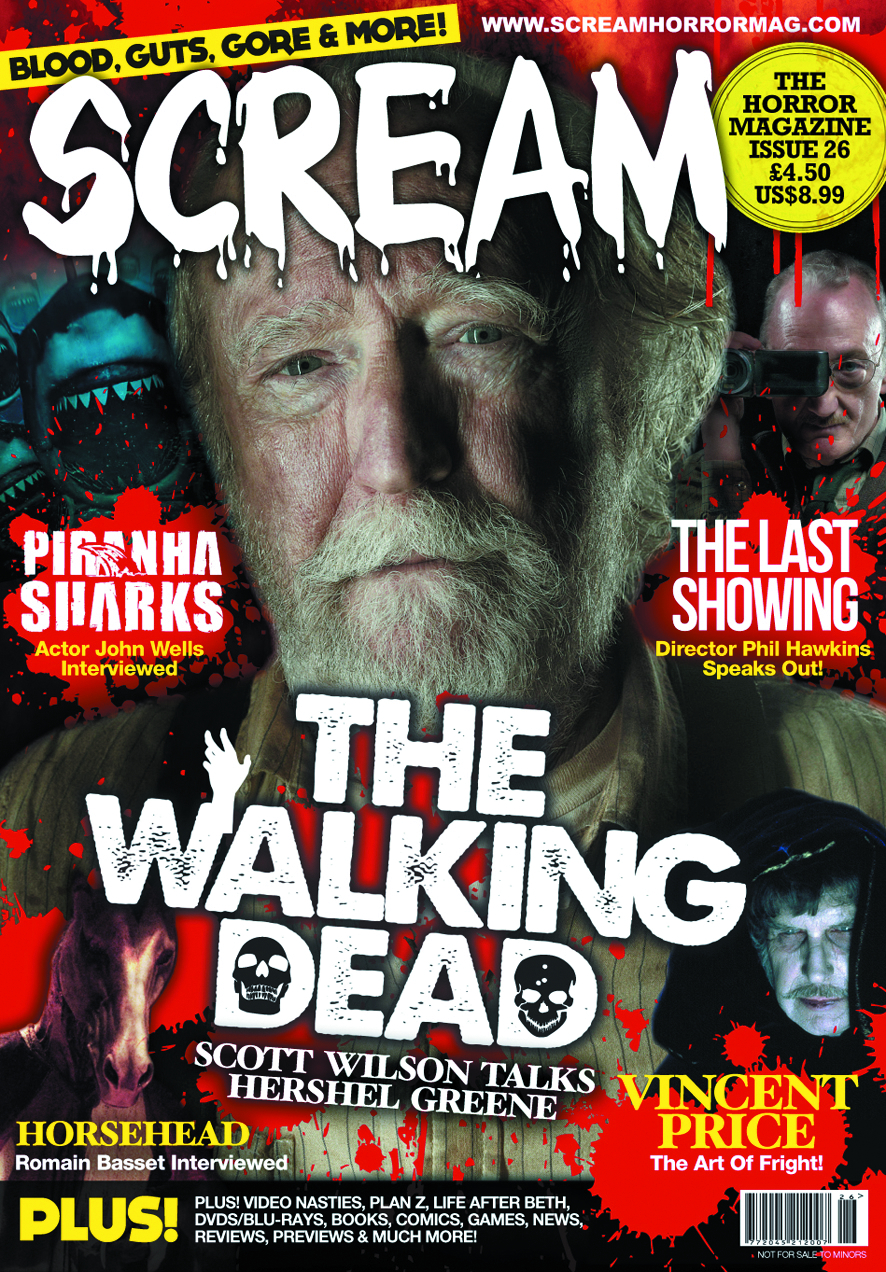 OCT141895
The latest issue of Scream, the full-color horror entertainment magazine, features an exclusive interview with Scott Wilson, "Hershel Greene" on AMC's The Walking Dead! There are also interviews with Phil Hawkins about his new Brit-horror film, The Last Showing, starring Robert Englund; Director Jeff Baena and actress Aubrey Plaza talk Life After Beth;  and John Wells talks about his role in the upcoming creature feature Piranha Sharks! There is also a retrospective on the life and films of Vincent Price; an interview with French horror director Romain Basset about his upcoming Horsehead; a look behind the scenes of 2015's Brit-Zombie actioner Plan B; a look back at the 1980's Video Nasties... PLUS: Horror books, games, comics, festivals, DVDs/Blu-ray's and much more in the horror world!
In Shops: Dec 17, 2014
SRP: $8.99
View All Items In This Series
ORDER SUBSCRIBE WISH LIST