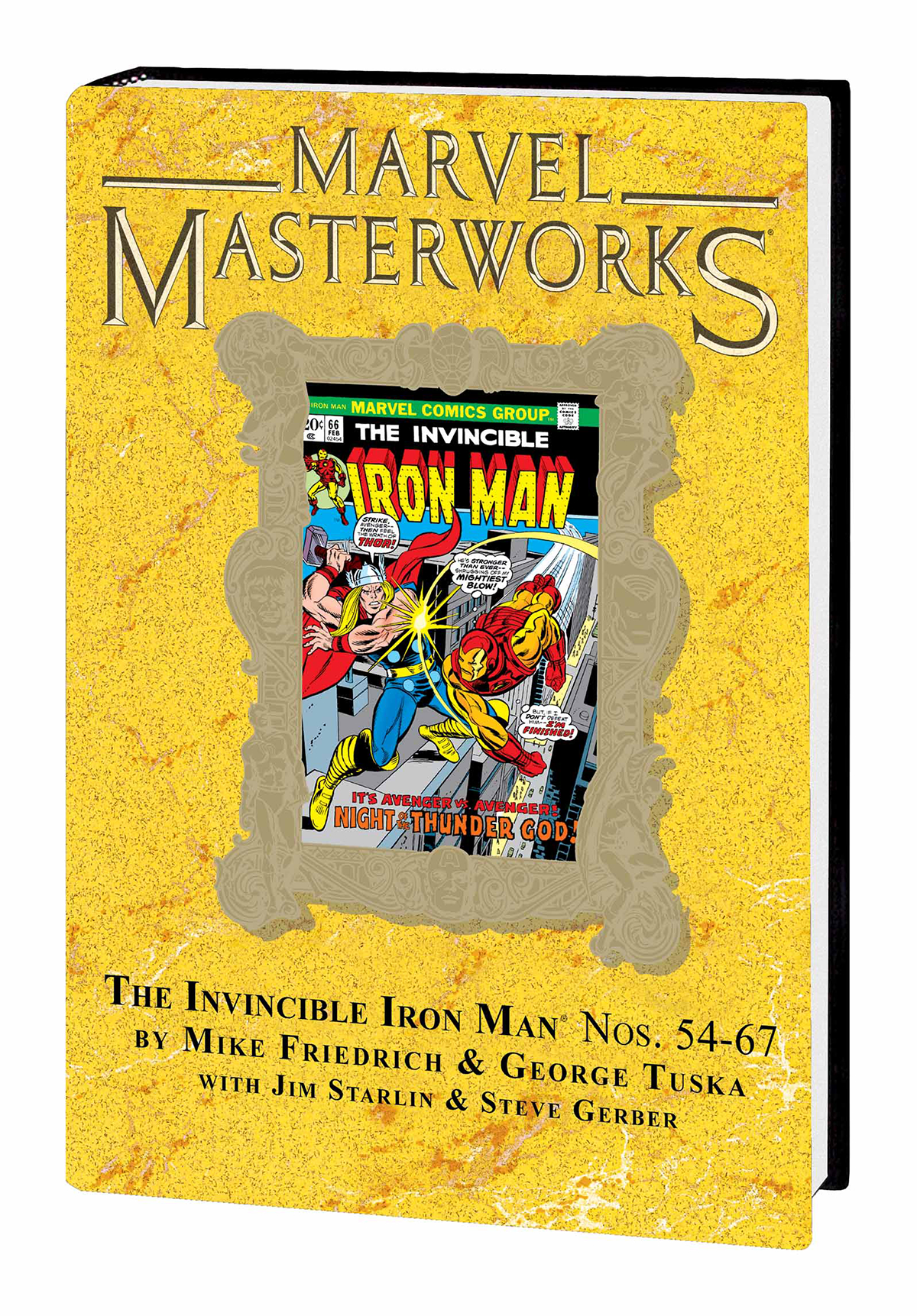 OCT140921
(W) Mike Friedrich, Jim Starlin, Steve Gerber (A) George Tuska, Jim Starlin, P. Craig Russell (CA) Gil Kane
Iron Man's adventures take on a cosmic dimension in the latest lavishly restored Marvel Masterworks collection! Tony Stark faces an entirely new league of villain as we witness the first appearances of Thanos, Drax the Destroyer and Moondragon! Then, a gauntlet of his greatest villains - from the Mandarin to Whiplash - pushes Iron Man to his limits before a new Dr. Spectrum enters the fray! And their four-part epic stands against the backdrop of an increasingly tense love triangle between Tony Stark, Pepper Potts and Pepper's husband, Happy Hogan. Topped off with an Avenger vs. Avenger battle pitting Iron Man against the Mighty Thor, these Marvel classics are essential reading for every Iron Man aficionado! Collecting IRON MAN (1968) #54-67.
Rated T
In Shops: Mar 18, 2015
SRP: $75.00
View All Items In This Series
ORDER SUBSCRIBE WISH LIST