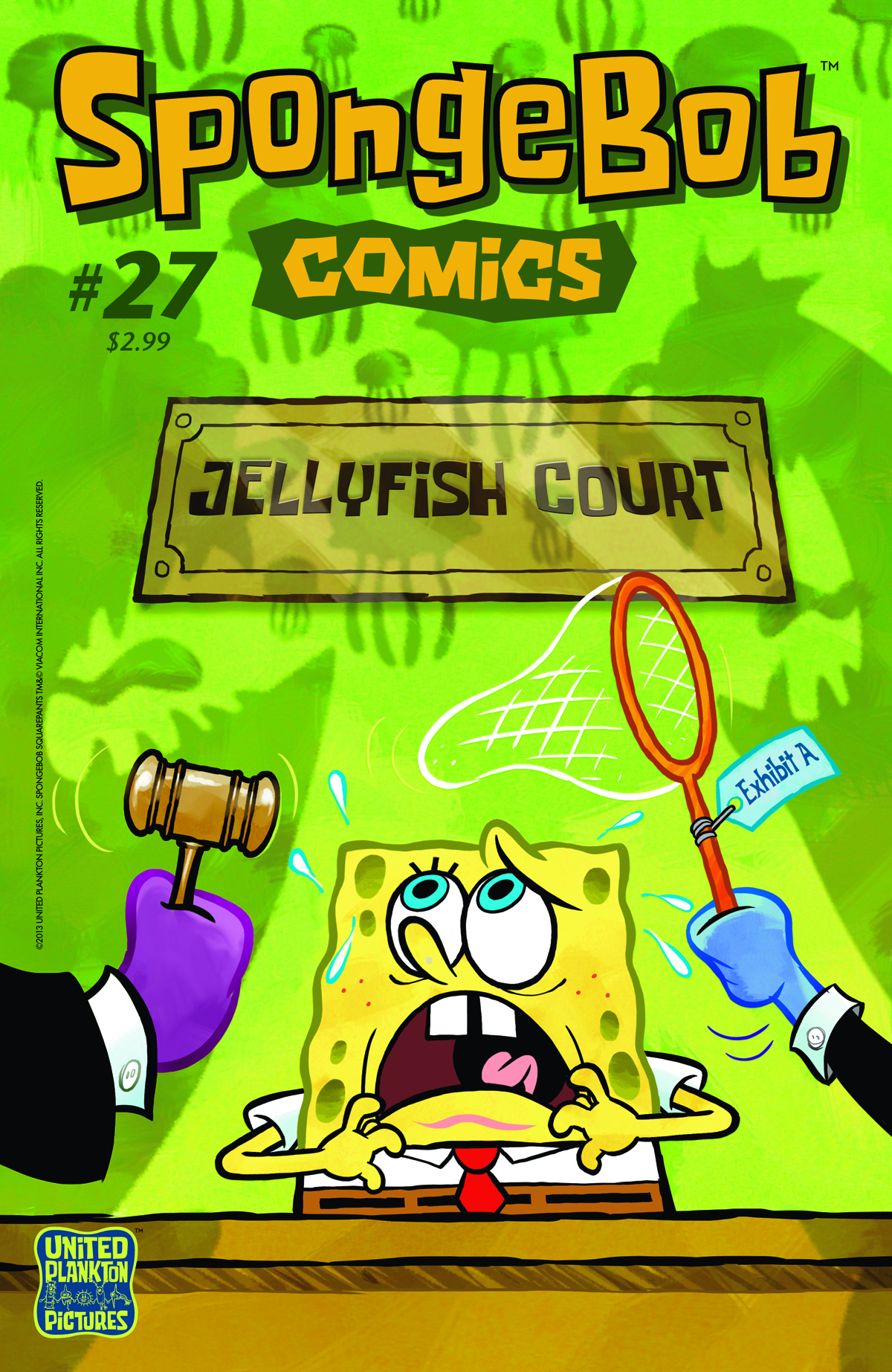 OCT130961
(W) Jacob Chabot (A) Dave DeGrand, Israel Sanchez (A/CA) Vincent DePorter
In this issue: SpongeBob is dragged to court by a mob of angry jellyfish! It's "Trial By Jelly" for SpongeBob and Patrick, by Vince DePorter (Scooby-Doo). Then cartoonist Israel Sanchez (Flight) puts Squidward through the ringer in "Blue Bonnet Society." Can Squidward survive the chaos after he interrupts SpongeBob's warm-up exercises? In "The Amazing SpongeBot" by David DeGrand (Zombie Chasers) a mechanical future SpongeBob must stop the present-day Mr. SquarePants from performing a comedy routine - or else the future will be all messed up or something! Also in this issue: SpongeBob blows up big; Gary's shell gets detailed; and Patrick declares a new holiday. Plus: SpongeFunnies by James Kochalka and a kooky coral maze by Robert Leighton (New Yorker) and Gary Hallgren (Air Pirates).
In Shops: Dec 11, 2013
SRP: $2.99
View All Items In This Series
ORDER WISH LIST