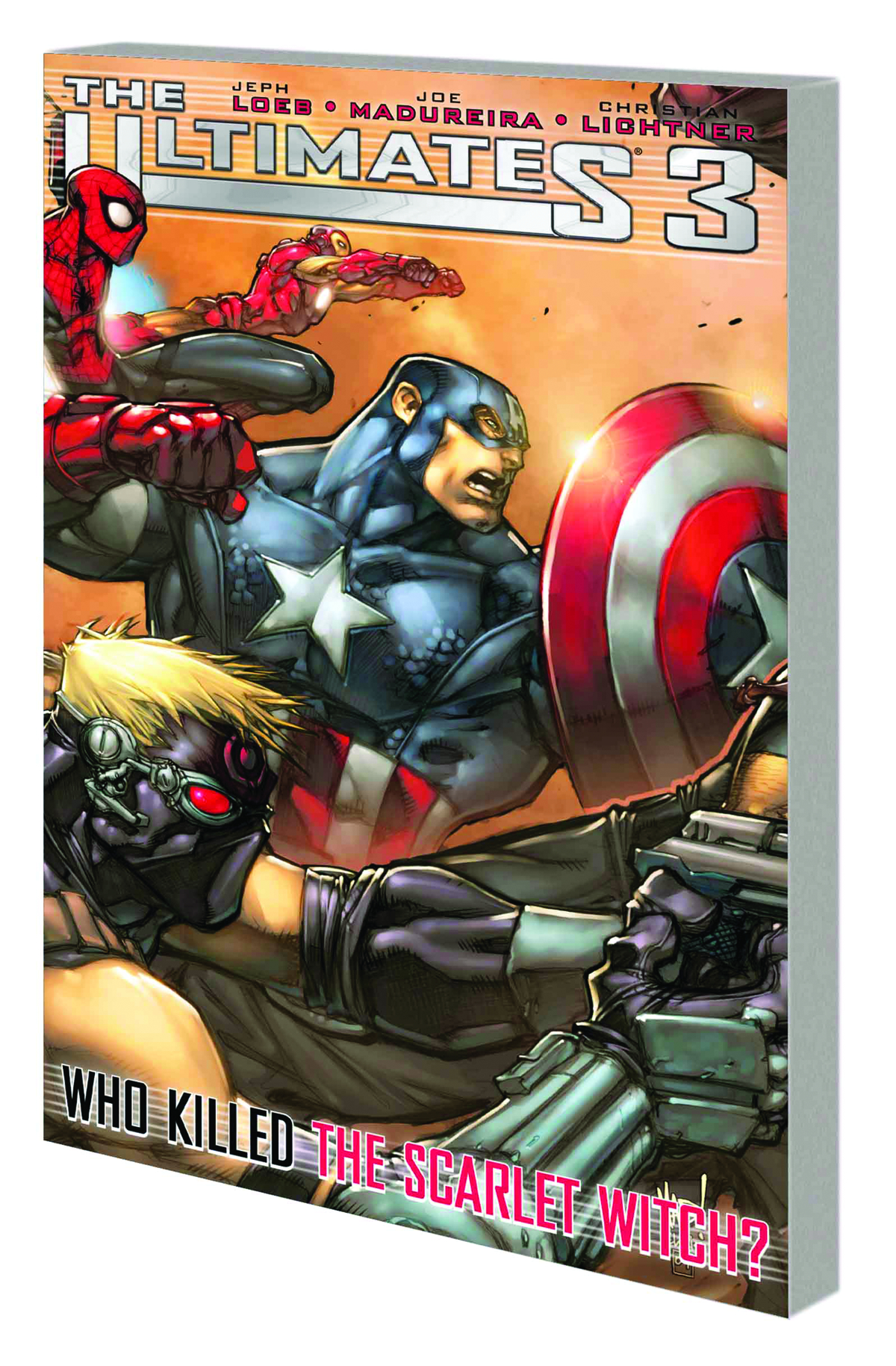 OCT130774
(W) Jeph Loeb (A/CA) Joe Madureira
When the Scarlet Witch is shot down in broad daylight, everyone is a suspect! What secret is exposed that ruins Iron Man? Who is hiding behind The Black Panther's mask? Can the murderer be Hawkeye The Marksman? It's a race against time as The Ultimates - Earth's Mightiest Heroes, including Captain America and Thor - face off against Venom, Magneto and Sabretooth! This action-packed murder mystery also features The Hulk, Spider-Man and Wolverine as well as the first appearance of the Black Panther. Written by Emmy and Eisner-winner Jeph Loeb (TV's HEROES and LOST) with artwork featuring the trimphant return of JOE MADUREIRA (THE UNCANNY X-MEN) with glorious color painting by CHRISTIAN LICHTNER (BATTLE CHASERS).
In Shops: Feb 12, 2014
SRP: $19.99
ORDER WISH LIST