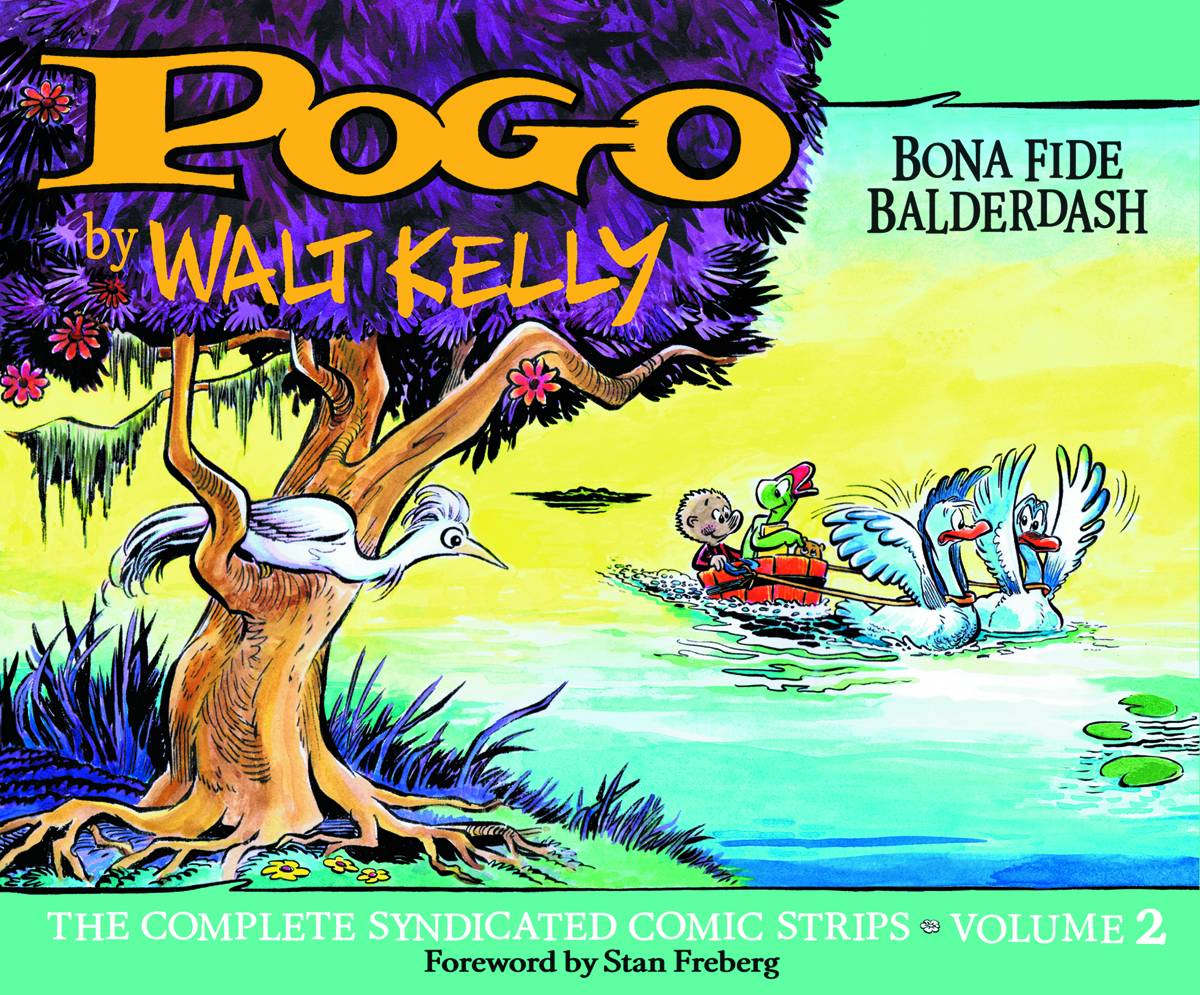 OCT121089
(W) Walt Kelly (A/CA) Walt Kelly
Pogo: Bona Fide Balderdash is the second volume in a series reprinting in its entirety the syndicated run of Walt Kelly's classic newspaper strip. It features all the strips from 1951 and 1952, which have been collected before, but in now long-out-of print books, and even there they were not as meticulously restored and reproduced as in this new series. Bona Fide Balderdash also reprints, literally for the first time ever in full color, the two full years of Sunday pages, also carefully restored and color-corrected, shot from the finest copies available. This second volume is once again edited and designed by the cartoonist's daughter, Carolyn Kelly, who is also handling much of the restoration work.
In Shops: Dec 05, 2012
SRP: $39.99
View All Items In This Series