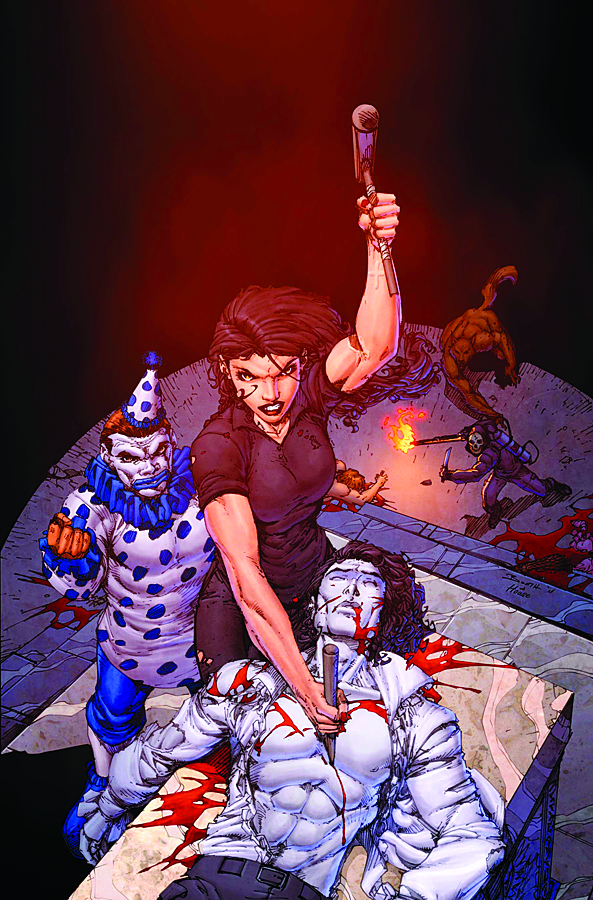 OCT110612
(W) Jessica Ruffner-Booth (A) Ron Lim (CA) Brett Booth
THE PINNACLE ISSUE! The stakes are raised higher and lines are drawn around the circles of horror and danger in The Circus of the Damned...Anita Blake continues to be put to the test and pitted against deadlier and deadlier enemies as she resists eternal allegiance to not one, but TWO master vampires!
32 PGS./Mature