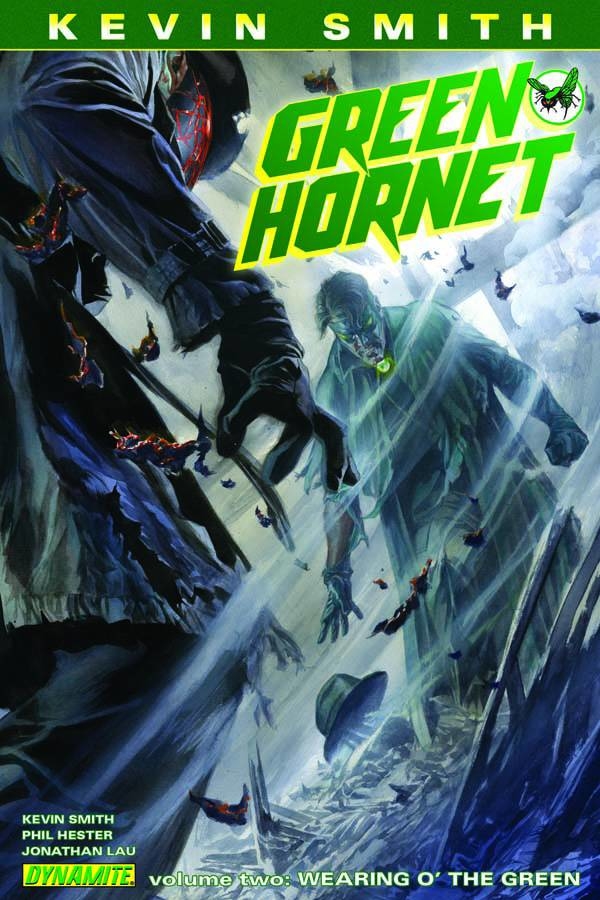 OCT100948
(W) Kevin Smith (A) Joe Benitez, John Cassaday, Ale Garza, Phil Hester, Greg Horn, Jonathan Lau (A/CA) Alex Ross
The war between The Black Hornet and The Green Hornet reaches its shattering climax in this second volume of Kevin Smith's daring  reimagining of the classic character. As The Green Hornet and Kato pursue his father's killer, The Black Hornet reveals a plan that could  spell doom for the world itself. Played out on the streets of Century City, a deadly struggle between Hornets threatens to destroy not only  our heroes, but the legacy they hoped to restore. It's high octane action, drama, and humor, as only famed filmmaker Kevin Smith could provide. Collecting issues #6-10 of the series based on Kevin Smith's unproduced Green Hornet film, this volume also features a complete cover gallery by industry greats Alex Ross, John Cassaday and Greg Horn.
In Shops: Dec 08, 2010
SRP: $24.99
View All Items In This Series