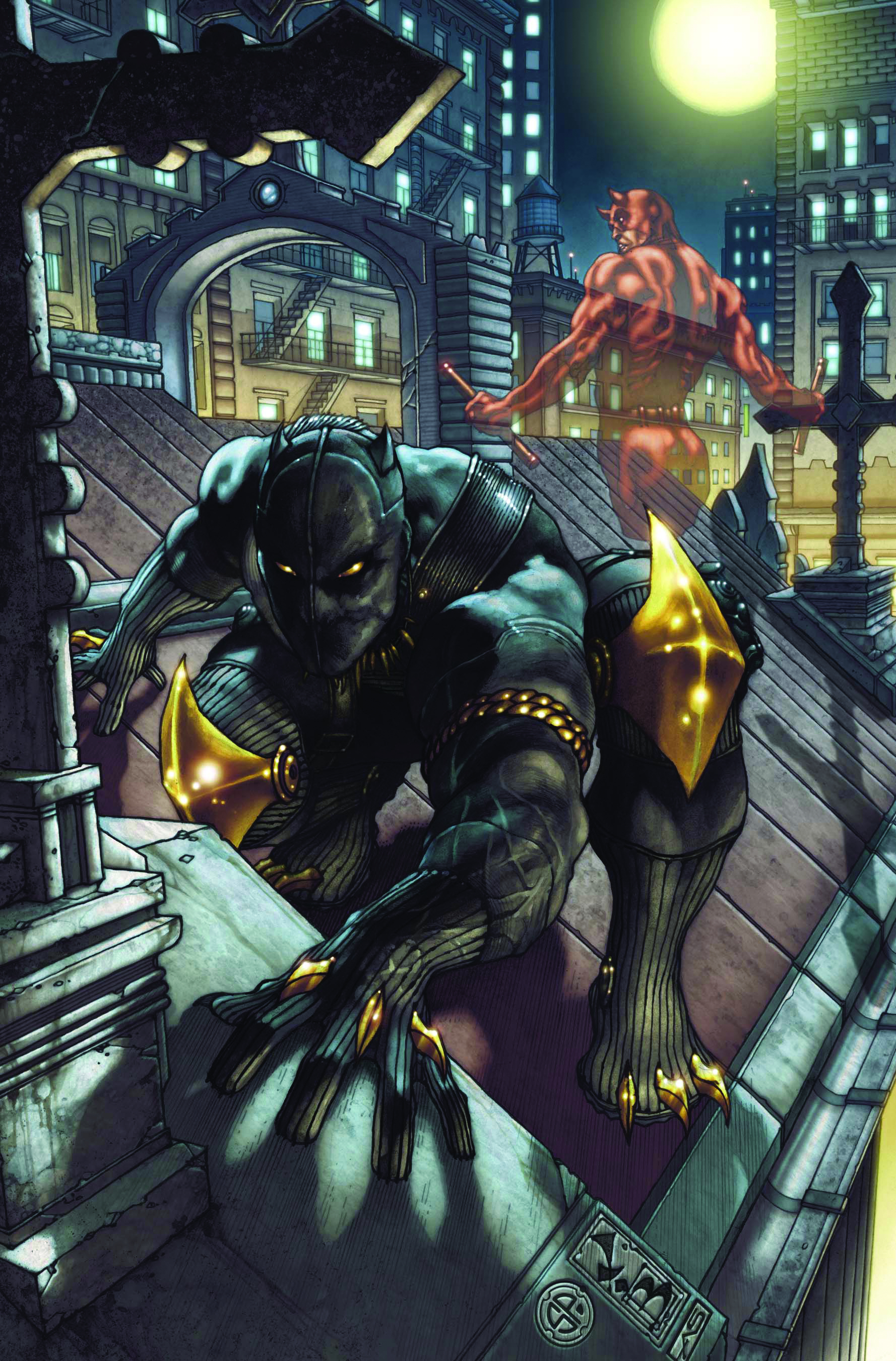 OCT100586
(W) David Liss (A) Francesco Francavilla (CA) Simone Bianchi
Written by DAVID LISS
Penciled by FRANCESCO FRANCAVILLA
Cover by SIMONE BIANCHI
Variant Cover by FRANCESCO FRANCAVILLA
In the wake of Shadowland, there's a new protector of Hell's Kitchen! He has no kingdom, no vibranium, and no high-tech safety net--just bloody knuckles and the will to prove himself in a foreign land where the fiercest of jungle predators stalks the most dangerous urban prey! His name is T'Challa, and in the aftermath of Shadowland, he will create a new life, a new identity, and learn what it is to be a different kind of hero. But with Daredevil gone, the bad guys are coming out to play, and a new nemesis--Vlad the Impaler--plots his bloody rise to power. Be there as national best-selling author and Edgar Award Winner David Liss and the pulp master Francesco Fracavilla (Zorro, Green Hornet) begin a shocking new chapter for the world's most dangerous man!
32 PGS./Rated T+