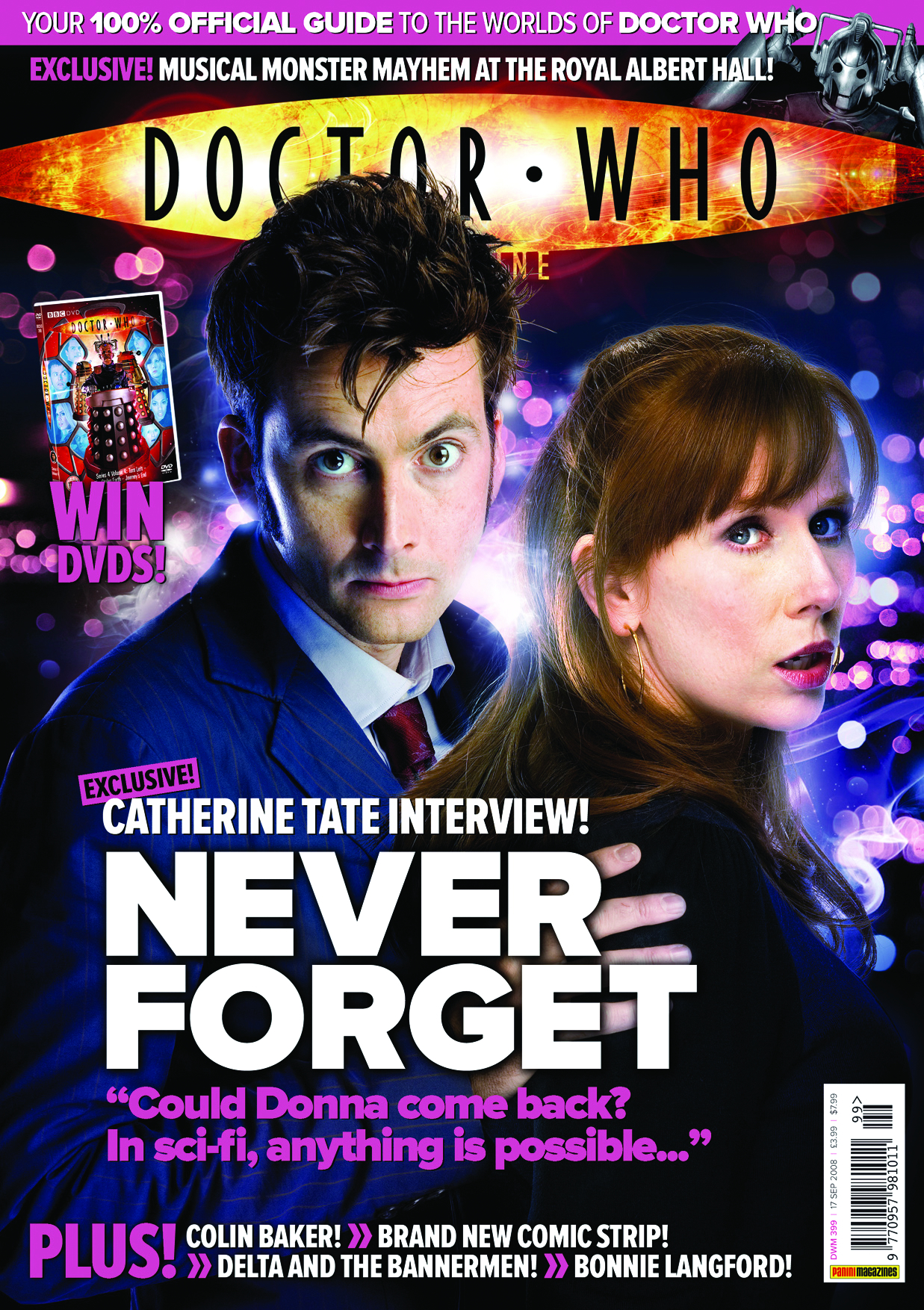 OCT084518
Doctor Who Magazine is the official publication of the smash-hit BBC TV series, Doctor Who - the most watched and best-loved drama series in the UK! Packed with exclusive photos and interviews, this issue takes a close look at the second season of The Sarah Jane Adventures; Phil Collinson talks candidly about his time as Doctor Who's producer; the stakes are raised for the Doctor in the third chapter of the full-color comic strip, "Thinktwice;" producer Russell T. Davies shares some surprising secrets in his "Production Notes" column; The Time Team continue watching the adventures of the seventh Doctor as they settle down to view "Paradise Towers;" DWM reveals the results of the 2008 season poll; all the latest books, audios and DVDs are previewed and reviewed; plus all the very latest news and much, much more!