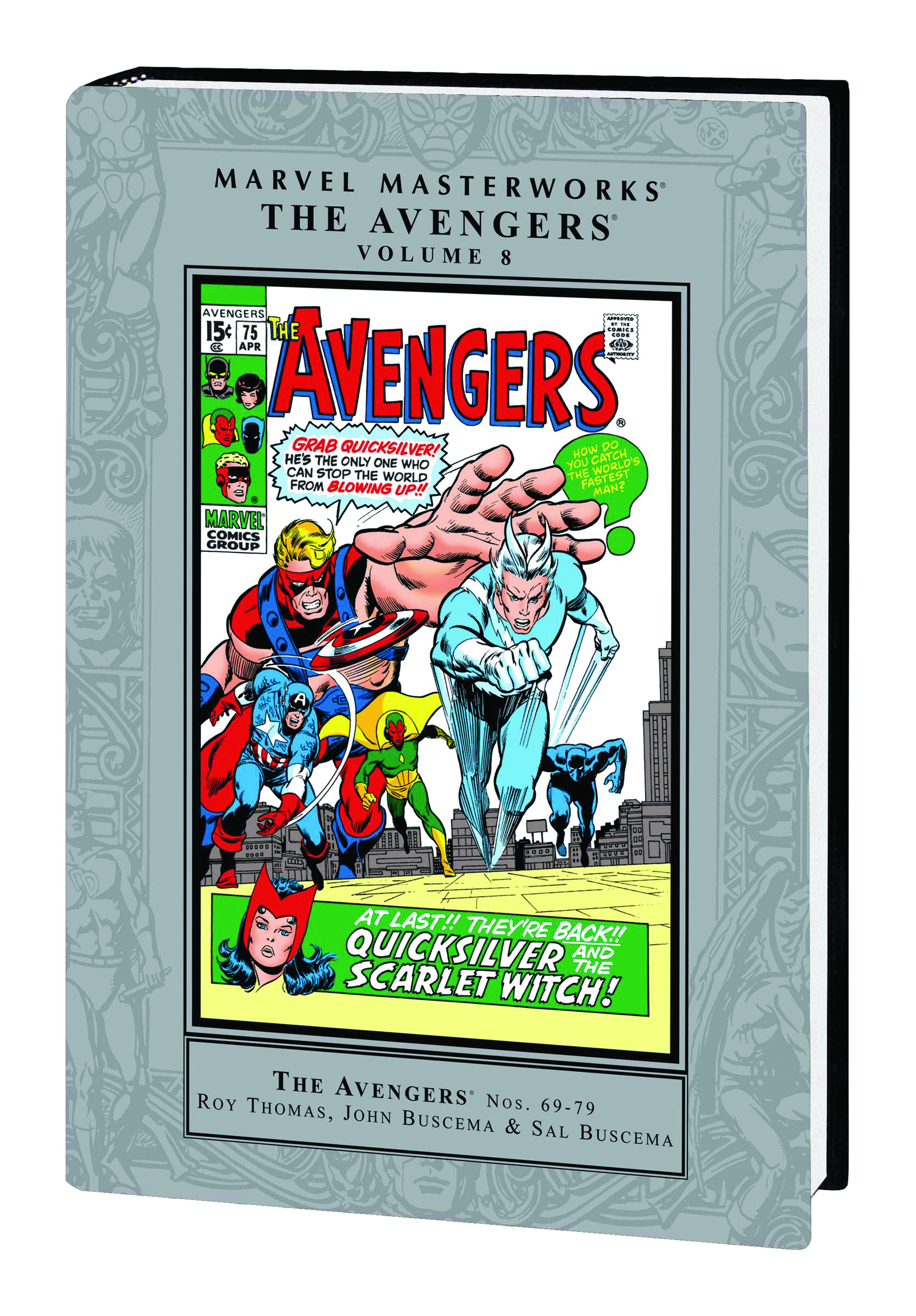 OCT082491
(W) Roy Thomas (A) Sal Buscema, Frank Giacoia, Sam Grainger, Tom Palmer (CA) John Buscema
Written by ROY THOMAS
Penciled by SAL BUSCEMA, JOHN BUSCEMA & FRANK GIACOIA
Cover by JOHN BUSCEMA
Avengers assemble! The MARVEL MASTERWORKS are bringing you yet another collection from the heyday of Earth's Mightiest Heroes. You know it's trouble when Kang the Conqueror drops in from the 41st century, but this time he pits our heroes against Hyperion, Nighthawk, Dr. Spectrum and the Whizzer - the Squadron Sinister - in a cosmic chess match! And as if one menace wasn't enough, then from across time the Avengers must also face the combined combat skill of the Captain America, Sub-Mariner and Human Torch of 1941! Next, it's a focus on the King of Wakanda, the Black Panther, as he infiltrates the supremacist Sons of the Serpent. But when he's captured, will the Serpents use T'Challa to incite a war that will tear the nation apart? Then it's the return of Quicksilver and the Scarlet Witch, but with them in two comes a barbarian as only Big John Buscema can draw them, Akron the Magnificent! And before you close these pages you'll find out how to rent an Avenger when they become heroes for hire, see the return of the Man-Ape and the Lethal Legion, and enjoy guest-stars galore with the Black Knight, Nick Fury, Captain Marvel and Black Widow! Collecting AVENGERS #69-79.
240 PGS./All Ages ...$54.99