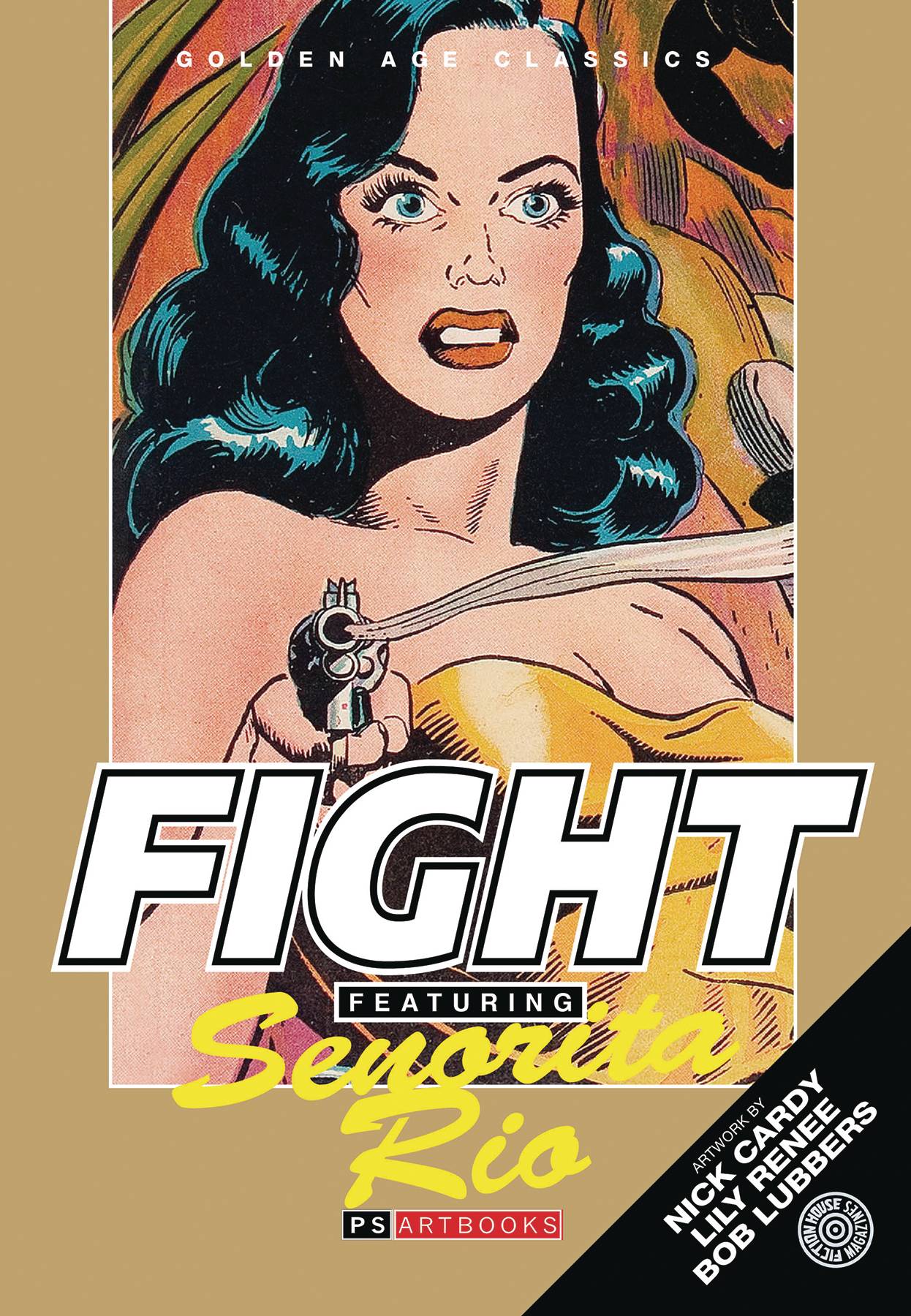 #
NOV211610
(A) Alex A. Blum, Nick Cardy, Arnold Hicks, Lily Renee
The first adventure of Rita Farrar, aka Senorita Rio, the lovely actress-turned-agent, arrived in June 1942 inside the pages of Fight Comics #19. Created by a true legend in the industry Nick Viscardi, later known better as Nick Cardy, he stayed with the series for eleven adventures before handing duties to Lily Renée who was probably most strongly associated with the character and one of the greatest female comic artists in the history of the business! When compared to the many other spy comic series that came and went in the Golden Age, Senorita Rio survived eight years in a male-dominated world due to her extraordinary skills, her marksmanship, and her athleticism, making her truly "The Queen of Spies"! Collects Fight Comics #19-34 (June 1942-October 1944).
In Shops: Mar 30, 2022
SRP: $46.99
View All Items In This Series
ORDER SUBSCRIBE WISH LIST