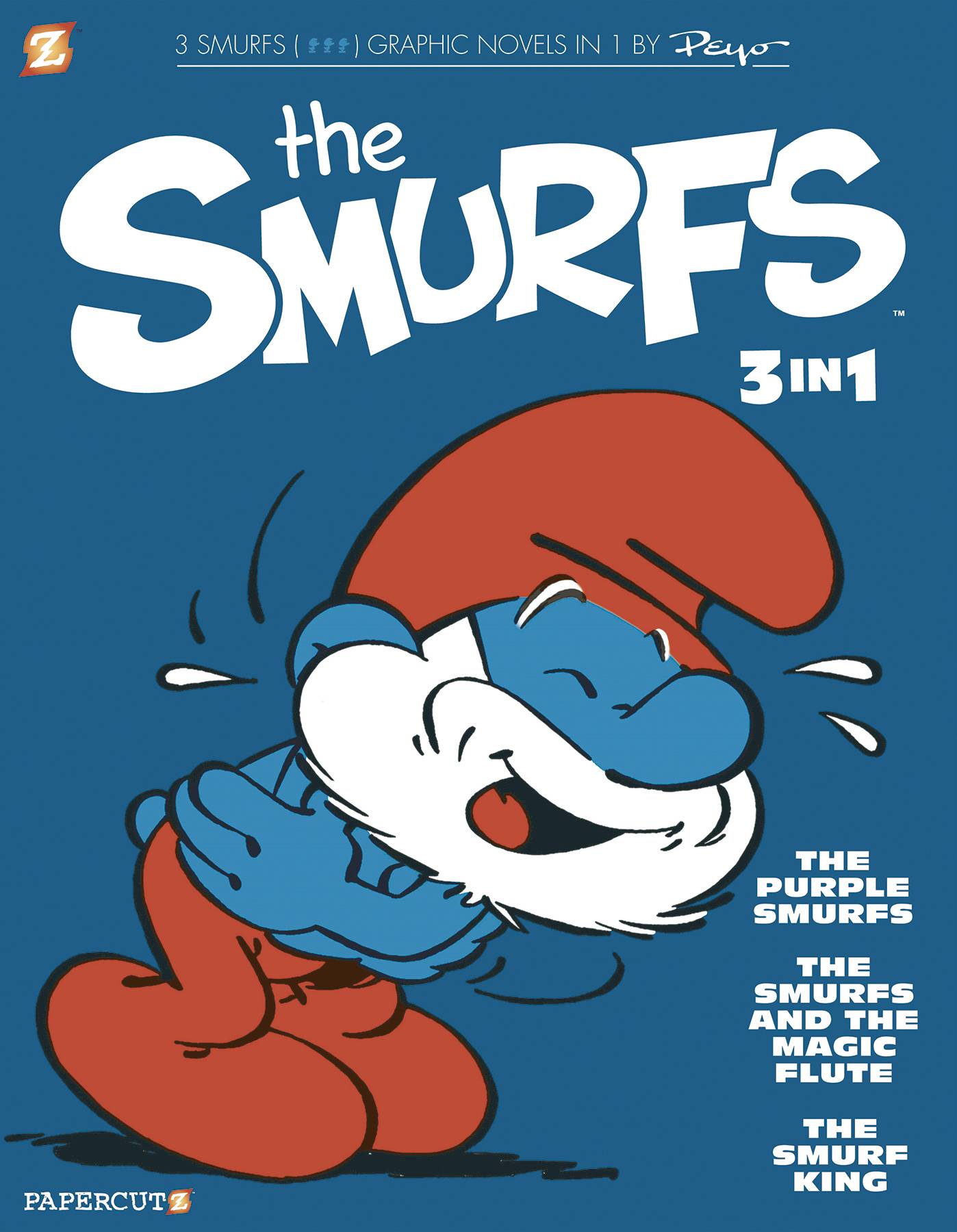 #
NOV211603
(W) Peyo (A/CA) Peyo
Papercutz is proud to present the original Smurfs comics by Peyo. Known in America primarily for the hit 80s animated TV series and the hit movies, many Smurfs fans don't realize that the Smurfs originally appeared in comics. Now the Smurfs are back in Smurf-Tastic comic adventures. Volume 1 collects at a special price the classic stories "The Purple Smurfs," "The Smurfs and the Magic Flute," and "The Smurf King," and many more!