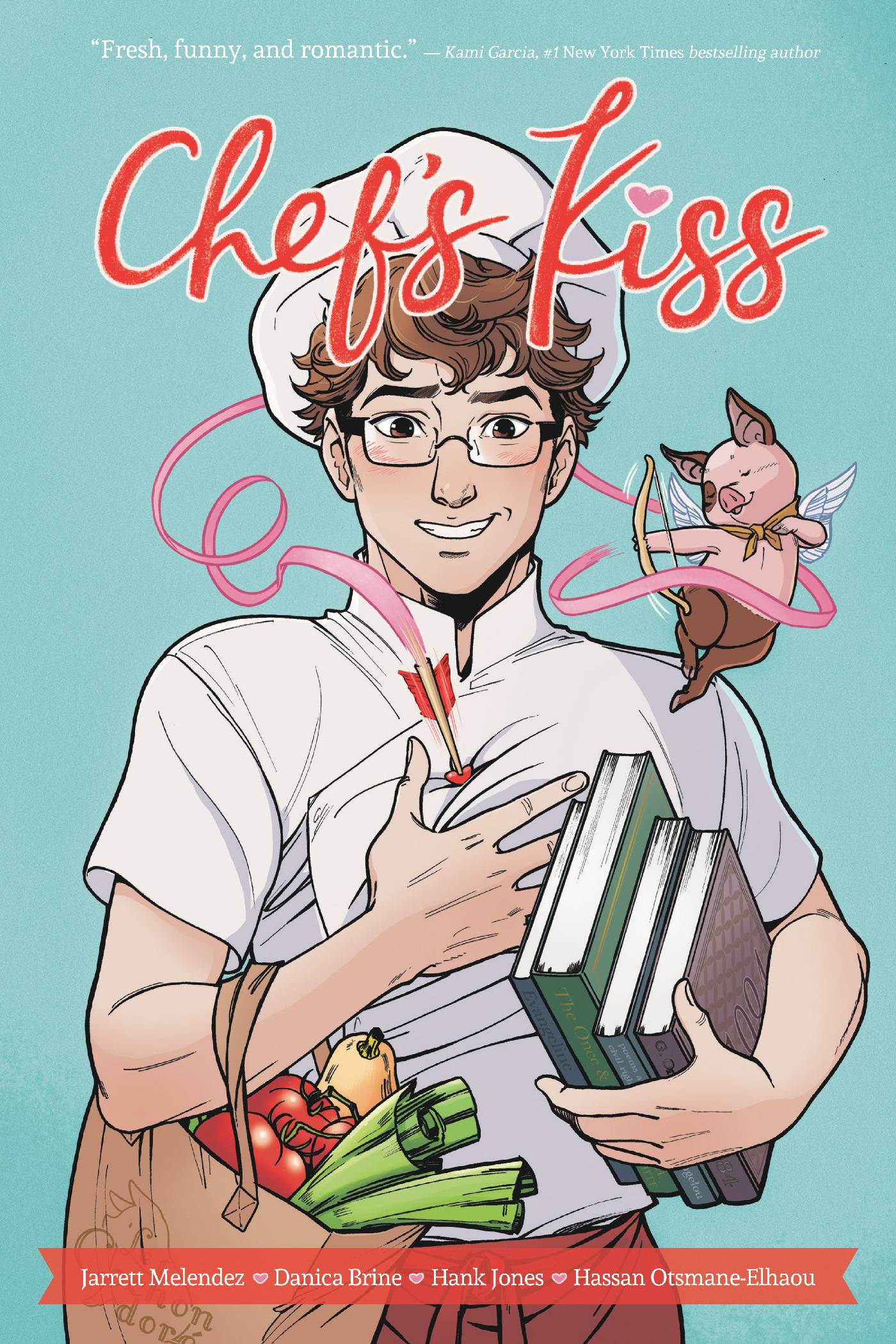 #
NOV211574
(W) Jarrett Melendez (A) Danica Brine, Hank Jones (CA) Kevin Wada
Now that college is over, English graduate Ben Cook is on the job hunt looking for something...anything...related to his passion for reading and writing. But interview after interview, hiring committee after hiring committee, Ben soon learns getting the dream job won't be as easy as he thought. Proofreading? Journalism? Copywriting? Not enough experience. It turns out he doesn't even have enough experience to be a garbage collector! But when Ben stumbles upon a "Now Hiring-No Experience Necessary" sign outside a restaurant, he jumps at the chance to land his first job. Plus, he can keep looking for a writing job in the meantime. He's actually not so bad in the kitchen, but he will have to pass a series of cooking tests to prove he's got the culinary skills to stay on full-time. But it's only temporary...right?
When Ben begins developing a crush on Liam, one of the other super dreamy chefs at the restaurant, and when he starts ditching his old college friends and his old writing job plans, his career path starts to become much less clear.
Watch things start to really heat up in the kitchen in this queer YA debut graphic novel, written by Jarrett Melendez, illustrated by Danica Brine, colored by Hank Jones, and lettered by Hassan Otsmane-Elhaou.
In Shops: Apr 13, 2022
SRP: $14.99
View All Items In This Series
ORDER SUBSCRIBE WISH LIST