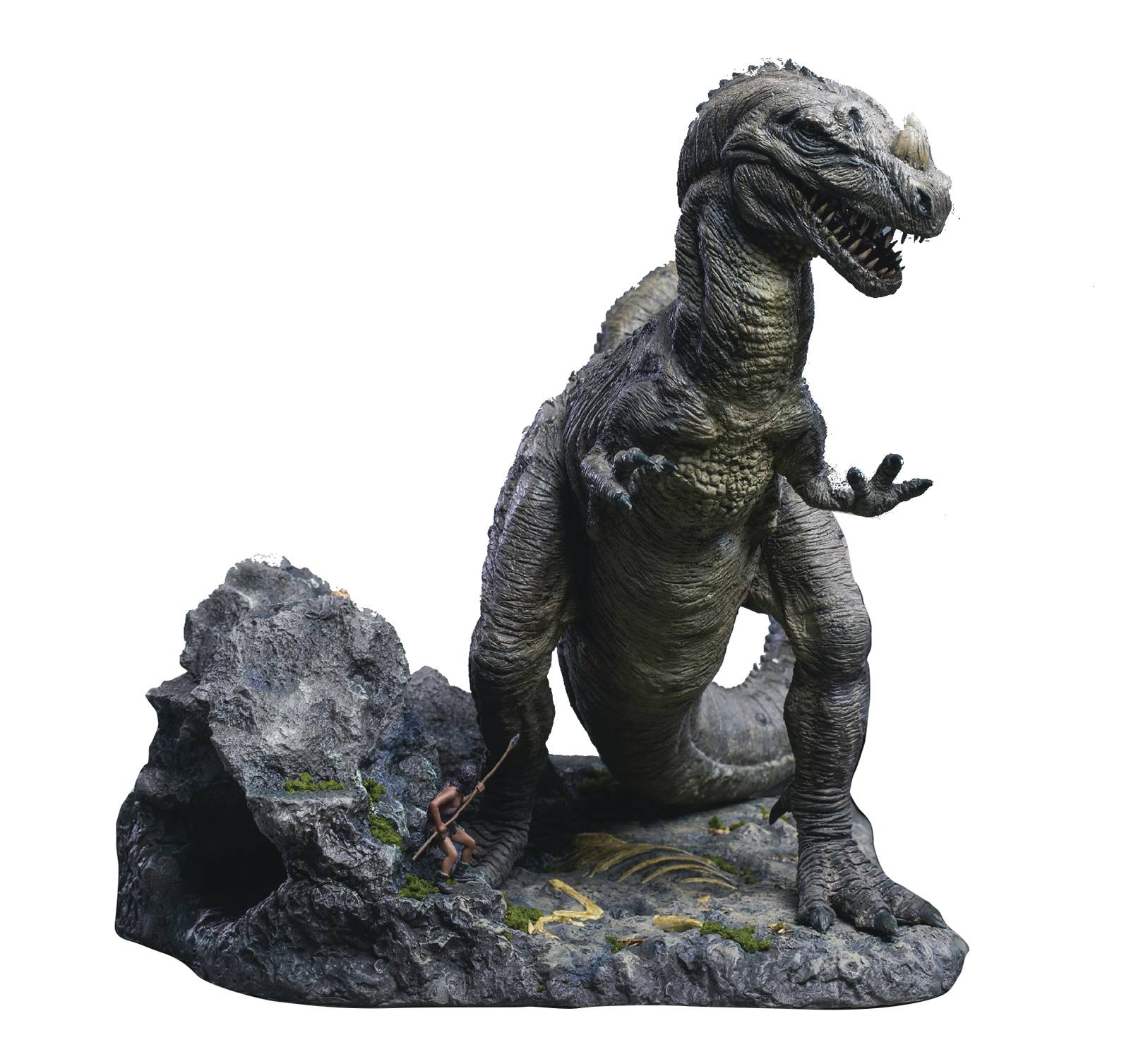 # # # # #
NOV208209
From Star Ace Toys. The classic fantasy film One Million Years BC featured dinosaurs and other creatures brought to life by the stop-motion genius of Ray Harryhausen. Star Ace's next release from this film is the menacing Ceratosaurus, known for battling a Triceratops that had been chasing our heroes, the caveman and the cavegirl. This Ceratosaurus is a 11 3/4" tall Polyresin statue sculpted to match the original Harryhausen stop-motion model exactly. It features a detailed, hand-painted color scheme, and comes with the rocky outcropping display base. The set includes scaled figures of the caveman and the cavegirl that can be positioned in a variety of ways.