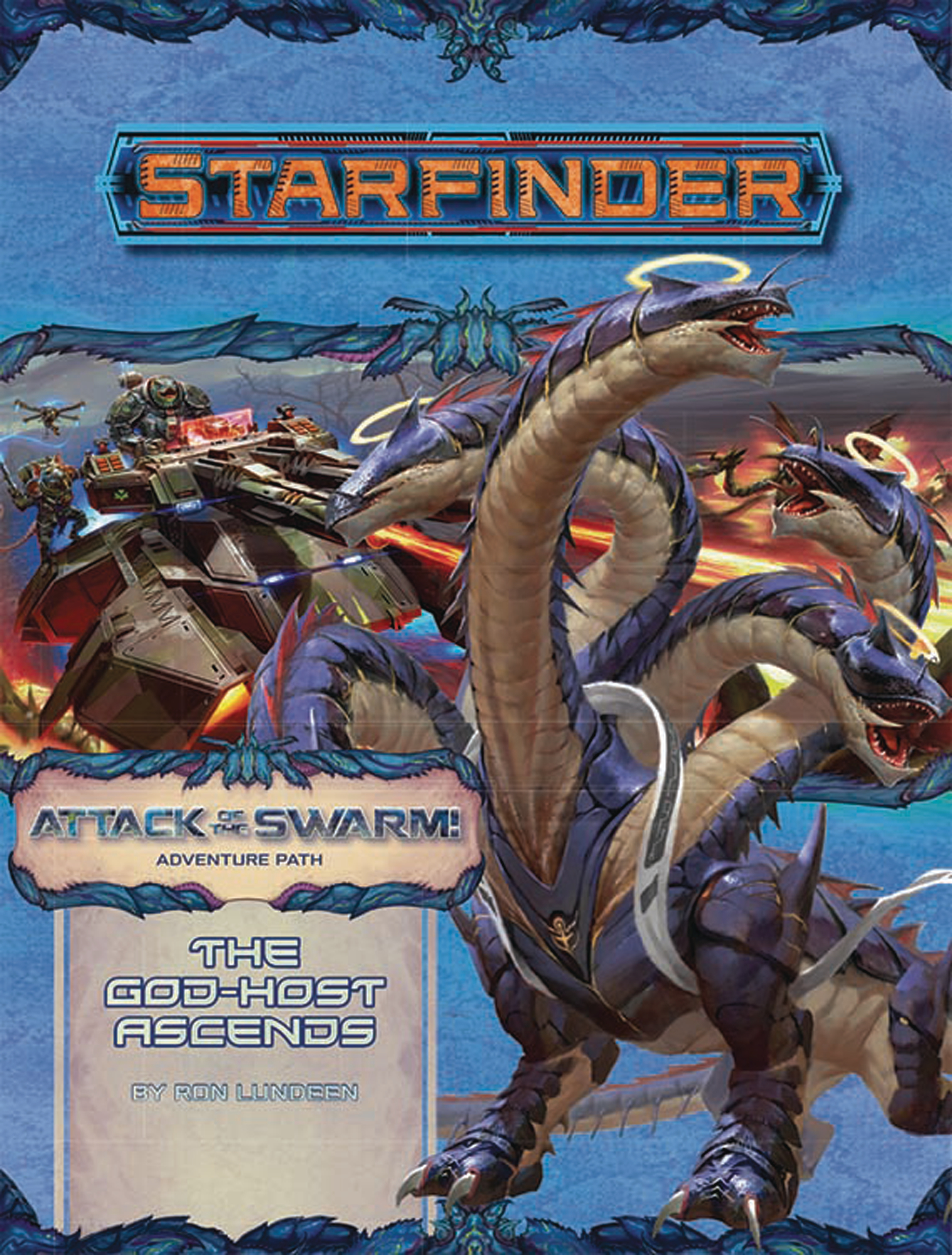 NOV193005
(W) Rick Lundeen
The God-Host Ascends is a Starfinder Roleplaying Game adventure for four 11th-level characters. The heroes have sent the Swarm into disarray, but the entity called the God-Host still stands on the verge of completing its plans. To ensure an end to the threat, the heroes at last return to their overrun homeworld, but this time with the might of an entire military behind them! Only by finally defeating the massive God-Host can the PCs break the will of the Swarm army and bring peace back to Suskillon! This adventure concludes the Attack of the Swarm! Adventure Path, a monthly campaign in which the heroes fight back against a ruthless and nigh-unstoppable alien invasion.