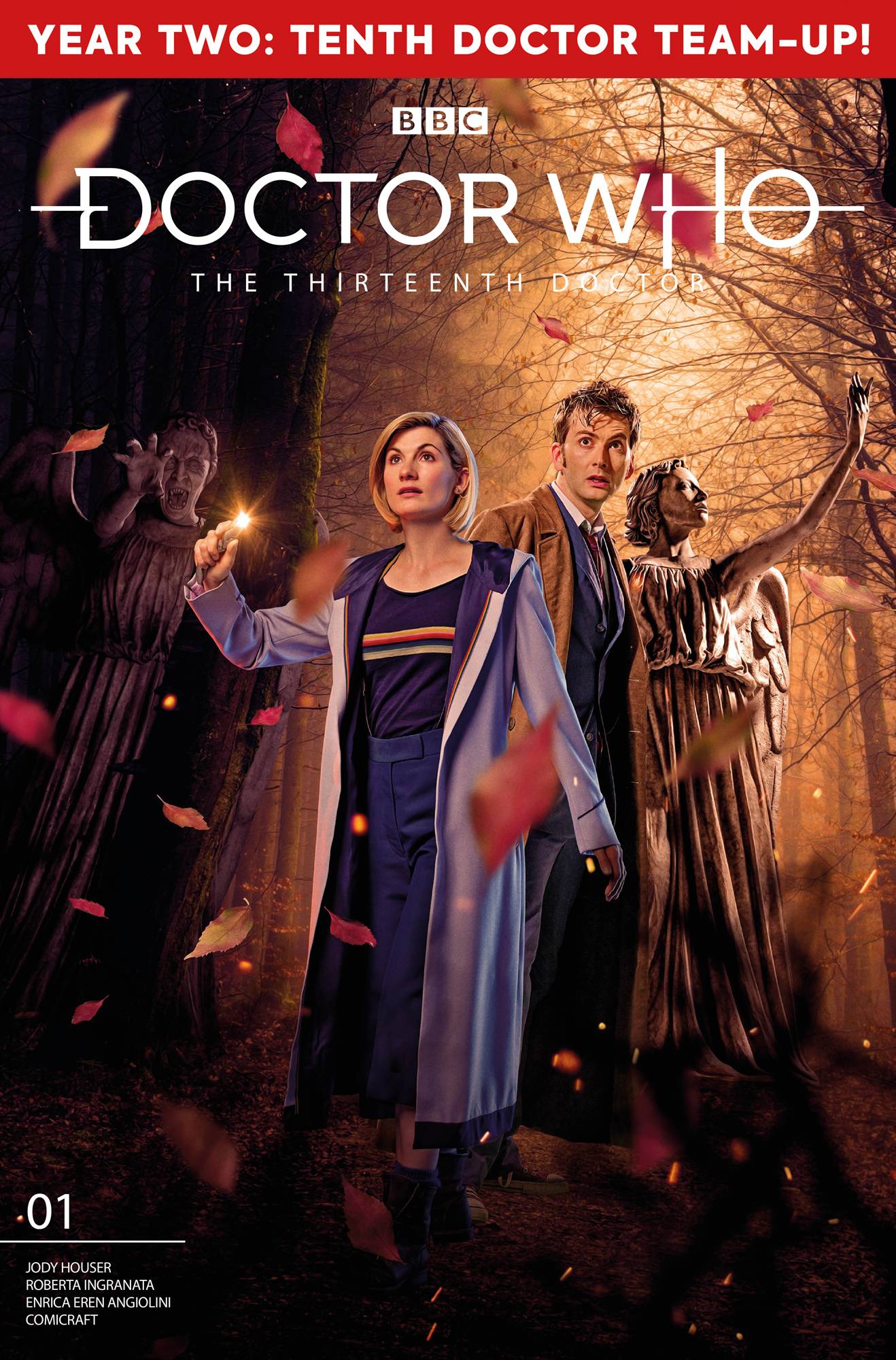 #
NOV191903
(W) Jody Houser (A) Roberta Ingranata (CA) Will Brooks, Photo
Eisner-nominated writer Jody Houser and Witchblade artist Roberta Ingranata return for a brand new story in the 13th Doctor comic series. An epic adventure spinning off the new season starting in the new year, starring Jodie Whittaker as the Doctor. With her pals, Ryan, Yaz and Graham, the Doctor encounters a familiar foe, and it'll take a familiar face to stop them!
In Shops: Jan 08, 2020
SRP: $3.99
View All Items In This Series