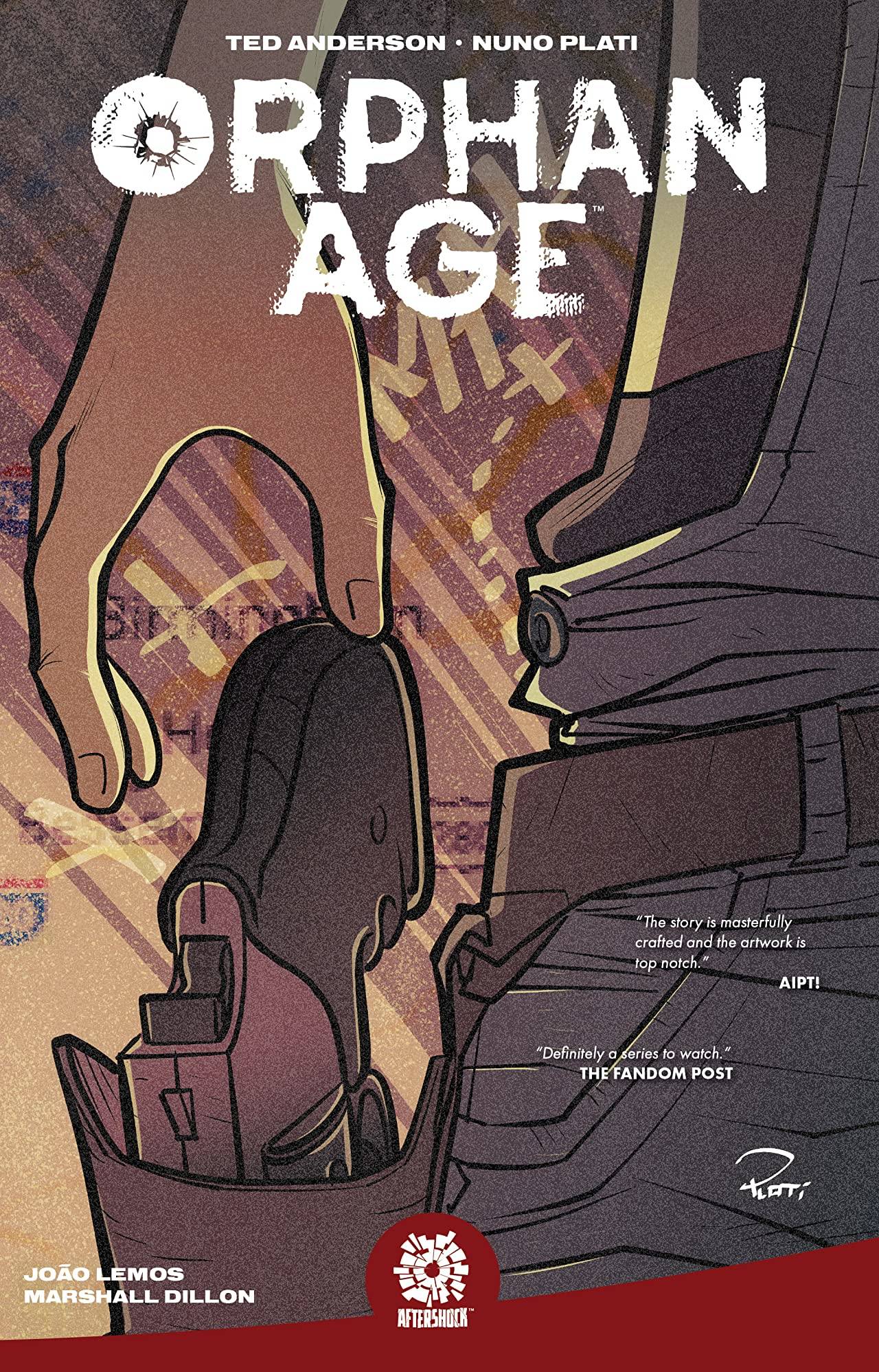 #
NOV191377
(W) Ted Anderson (A/CA) Nuno Plati
One day all the adults died, all over the world, at the same time.
Now it's twenty years later, and the children-all grown up-are still rebuilding the world. Horses and caravans are the only thin lines connecting tiny, scattered settlements- little sparks in the great dark night. Gasoline is gone, phones long dead, television a memory. The only power in America is the New Church, the religion of the angry children, that blames the destruction of the old world on the dead adults.
In the settlement of Dallastown, a stranger comes riding in, telling a story of escape from the New Church's unstoppable Firemen. The Church is on the march, and the world might burn again-and the only hope might be a scared teenage girl, a gunslinger keeping his secrets, and a woman of few words and long knives. Welcome to the Orphan Age.
Written by Ted Anderson (MOTH & WHISPER, My Little Pony, Adventure Time) with art by Nuno Plati (Alpha: Big Time, Marvel Girl), this volume collects issues #1-5.