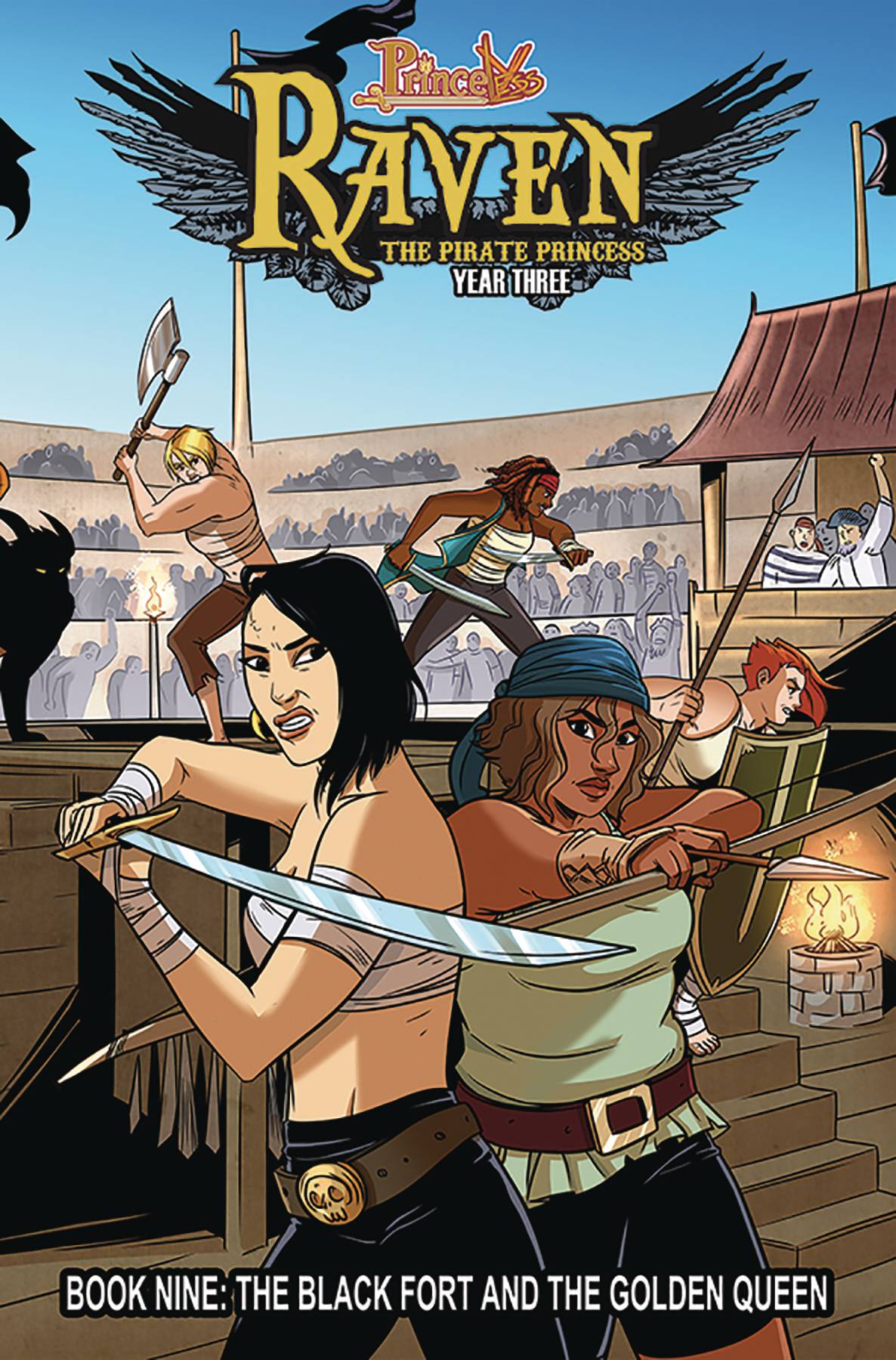 #
NOV191328
(W) Jeremy Whitley (A) Telenia Albuquerque (CA) Valentina Pinto (A/CA) Xenia Pamfil
The crew is lost and scattered, but finally some of them are coming back together. But they couldn't choose a worse place. The Black Fort sits atop a rocky cliff on an island full of monsters and Raven's oldest brother, Crow, has decided to make this an object of spectacle. He's about to introduce Raven and her crew to the most dangerous of creatures in his arena. But elsewhere in the world, Ananda has been found by the queen and her mermaids. The thing is, it's not the queen she thought she'd be facing, it's her girlfriend, Sunshine. But somehow, that's much much worse.
In Shops: Nov 11, 2020
SRP: $14.99
View All Items In This Series