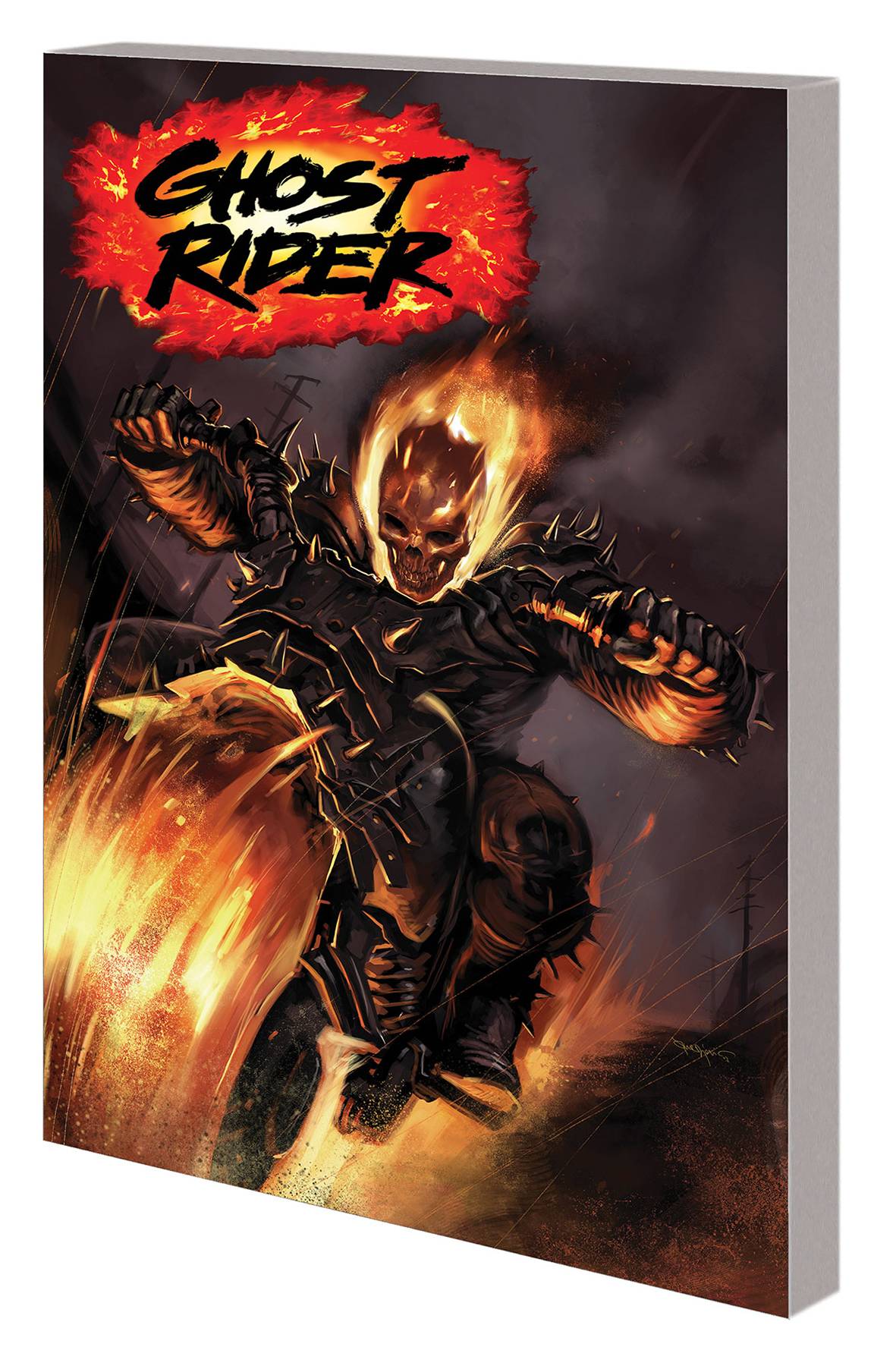 #
NOV181040
(W) Jason Aaron, Stuart Moore, Si Spurrier (A) Roland Boschi, Tan Eng Huat, More (CA) Marko Djurdjevic
We're hell-bent and heaven-bound as Jason Aaron blazes a new trail for the Ghost Rider! Over the years, Johnny Blaze has lost everything to his curse: his family, his life - even his soul. But now he finally knows who's responsible for turning him into a flaming-skulled horror show - and he's out for vengeance! But when fellow Ghost Rider Danny Ketch returns, whose side is he on? What familiar faces has Ketch brought to the party? And who's about to get shot in the head with a hellfire shotgun? Plus: Meet the mysterious Mister Eleven - he might be an angel, a demon or something else entirely! And what secrets lie within the town of Mercy, Idaho? Grab your helmet; it's gonna be one hell of a ride! Collecting GHOST RIDER (2006) #20-32, GHOST RIDER ANNUAL (2007) #1-2 and GHOST RIDER SAGA.
Parental Advisory
In Shops: Feb 20, 2019
SRP: $34.99
View All Items In This Series
ORDER SUBSCRIBE WISH LIST