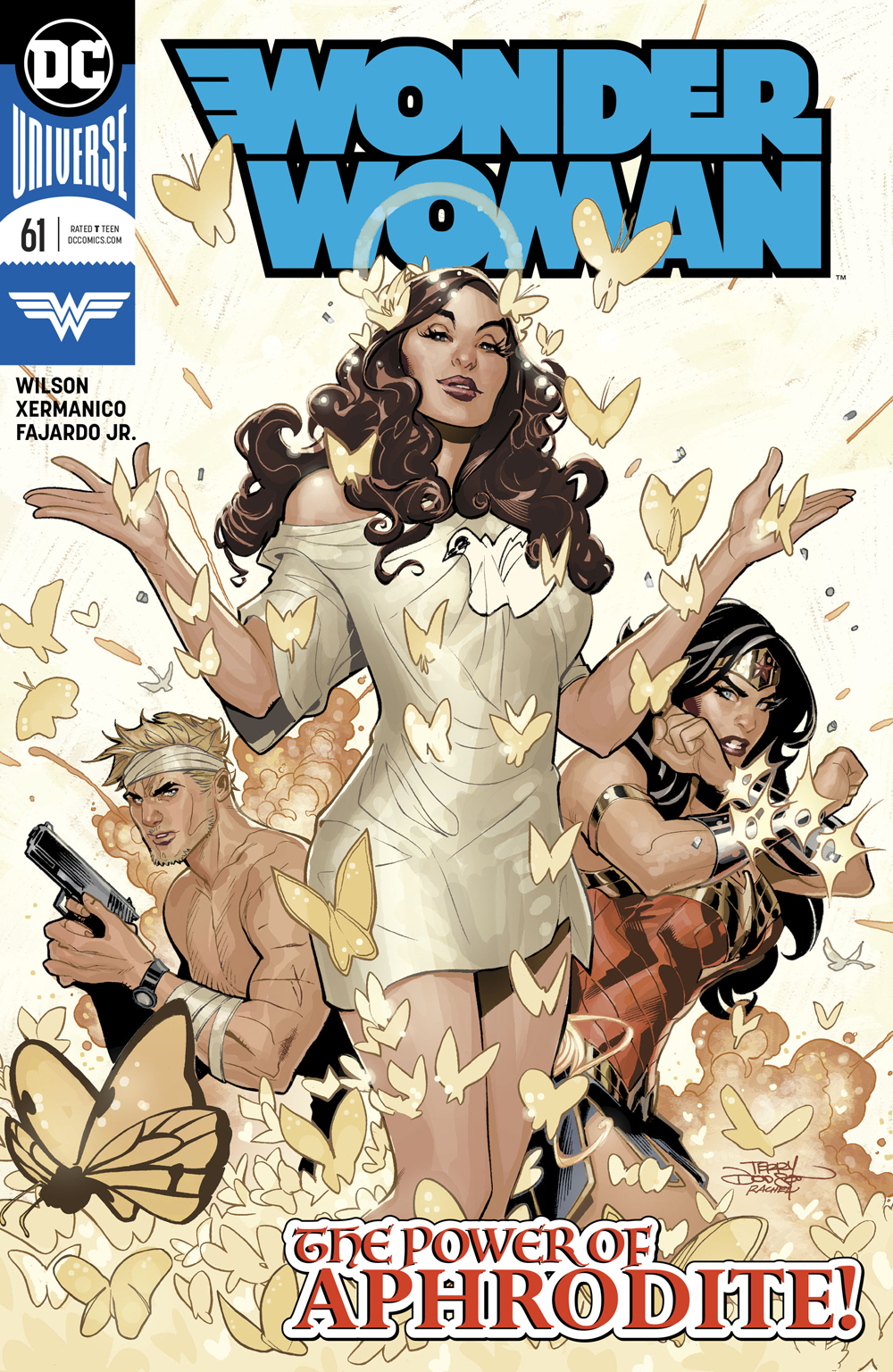 NOV180517
(W) G. Willow Wilson (A) Xermanico (CA) Terry Dodson, Rachel Dodson
Love is dead-according to the Goddess of Love! A furious Aphrodite holds Steve Trevor captive in the middle of a war zone and tries to convince him of that very proclamation, but the hopeless romantic refuses to abandon his feelings for Wonder Woman. Meanwhile, Diana, the object of his affection, gets trapped in the bombed-out capital, where she finds the remnants of the local government and uses all her diplomatic prowess to convince them to end the conflict. Can Diana, Steve and Aphrodite end this war, or will Ares end up dancing on all their graves?
In Shops: Jan 02, 2019
SRP: $3.99
View All Items In This Series
ORDER SUBSCRIBE WISH LIST