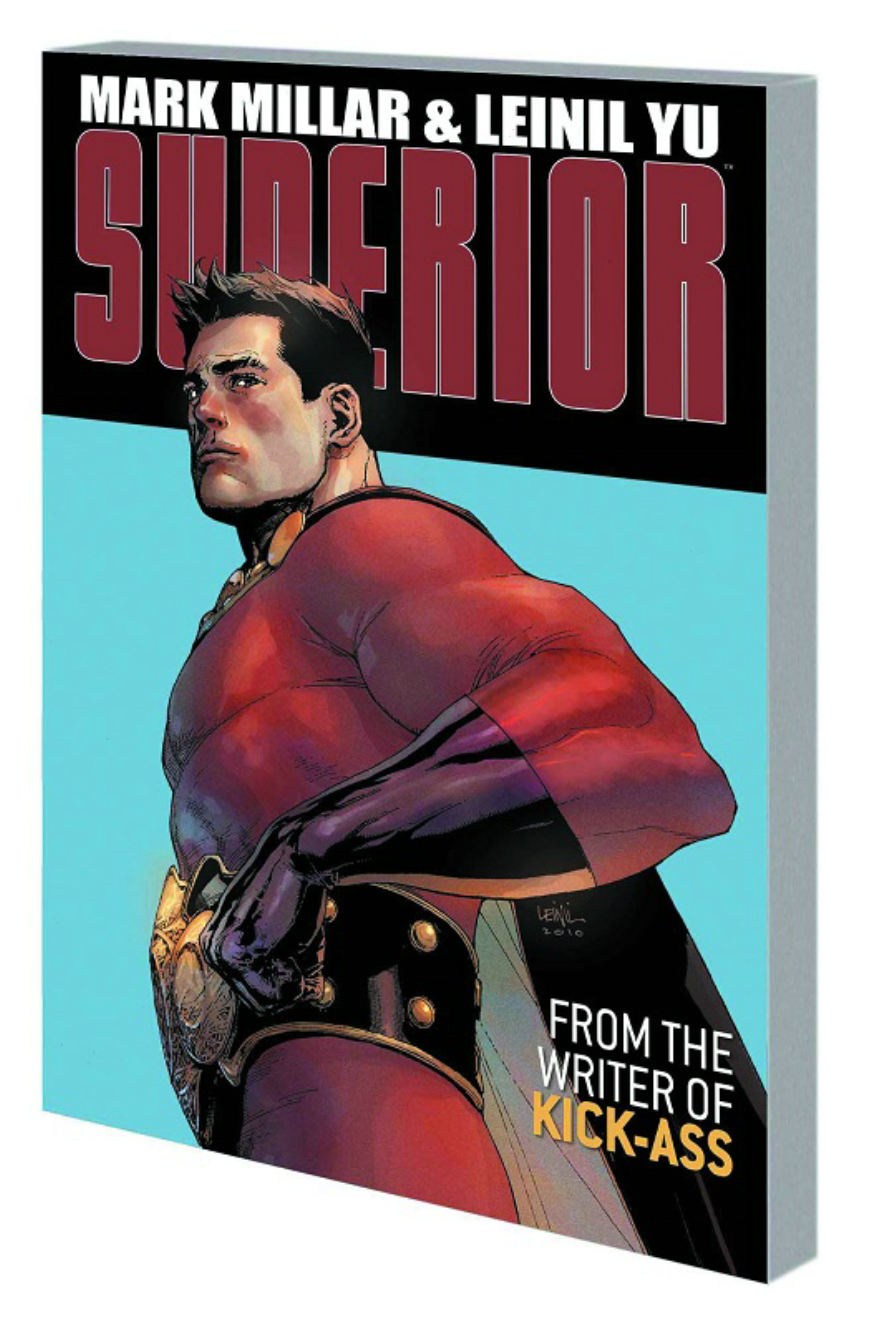 NOV178298
(W) Mark Millar (A/CA) Leinil Francis Yu
Twelve-year-old Simon Pooni was a normal kid with a great life, until multiple sclerosis hit. He lost the ability to walk, went blind in one eye and sometimes could barely speak. Every night, Simon would pray his multiple sclerosis somehow would go away. "Somehow" turned out to be a magic monkey named Orman, who granted Simon one wish. And with that, Simon stood transformed into a real-life version of Superior, the legendary comic-book hero. Simon spent one glorious week saving those in need, averting natural disasters - becoming the most-beloved man on the planet. But Orman ominously cautioned Simon all would be explained in one week. Will Simon be forced to go back to life in a wheelchair after being the world's greatest hero? Faced with adversity, will he prove himself to truly be...Superior? Collecting SUPERIOR #1-7.
In Shops: Apr 11, 2018
SRP: $19.99